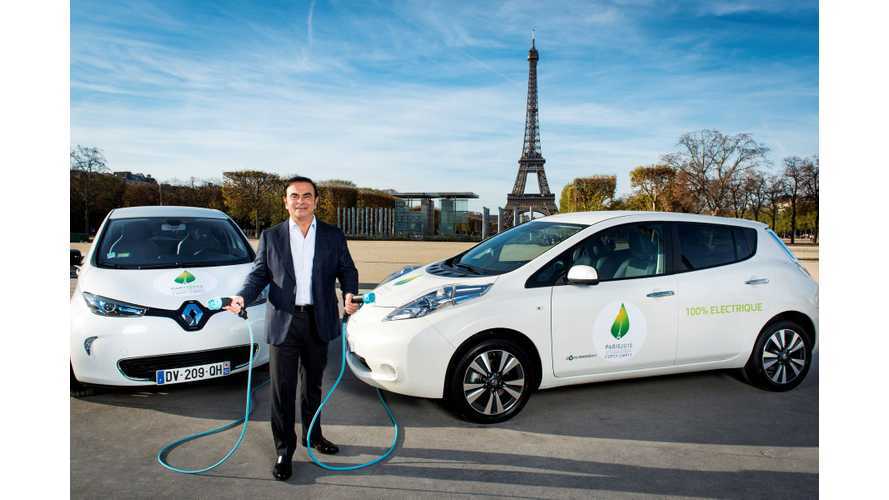 Renault-Nissan Alliance, after the acquisition of Mitsubishi, is now approaching 500,000 cumulative all-electric car sales - more than any other automotive group.

The biggest impact on the number comes from the Nissan LEAF and Renault ZOE.

The number doesn't include plug-in hybrids - of which, new Alliance partner Mitsubishi has sold over 130,000 copies of the Outlander PHEV.

"Cumulative sales of electric vehicles by the companies also rose significantly to 481,151 units, reaffirming the Alliance’s role as the leading electric car manufacturer for the mass-market segment.

The increase was driven primarily by demand for the Nissan LEAF and the Renault ZOE, which remains the #1 EV sold in Europe, and Mitsubishi’s i-Miev. "