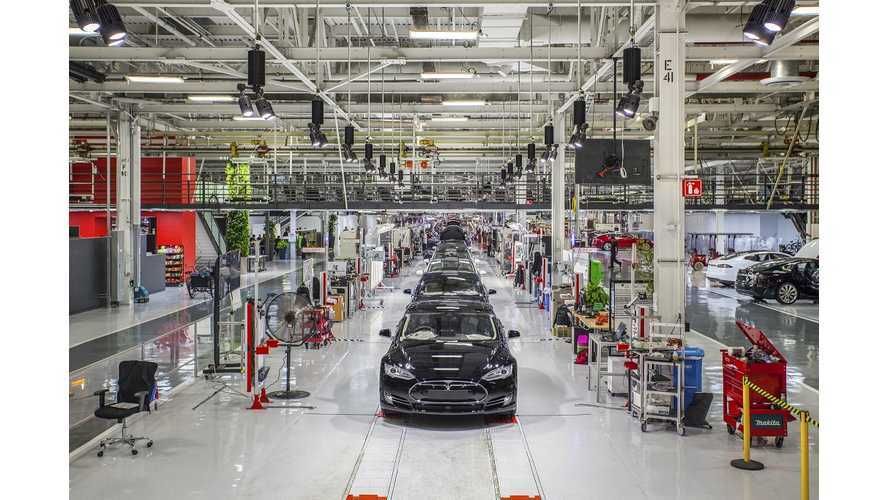 An apparent plan between Tesla and an undisclosed Chinese partner suggests that the electric vehicle maker is moving forward with the intent to build cars in China.

Way back in October of 2015, Elon Musk announced that the company would build China's Tesla Model 3 vehicles in China. At that time, he didn't specify any details. However, according to Reuters, the plan was to establish a Chinese-based manufacturing partner.

Call it Déjà Vu, but this type of announcement happened over six months ago and Elon Musk denied it.

Several months later, reports claimed that Tesla had signed a $9 billion agreement with the Shanghai government-owned Jinqiao Group to begin work on a factory in the country. Elon Musk quickly took to Twitter to dispute the false claims.

Now we have round two of the situation. According to Caixin (via UPI), the newly released (or leaked if you will) document clearly shows a "50/50 joint venture" between Tesla and an unnamed Chinese manufacturer. Included is a contract stating that the plan includes a factory in Shanghai, with ambition to build a half million vehicles per year.

Following suit with previous plans, the report shows that the vehicles built in China, would be specifically for the Chinese market (most likely Model 3 vehicles).

While Tesla's chief of operations in Asia, Ren Yuxiang, recently publicized the company's plans to open a research and development base in China, no official word has been revealed. Once again, a company spokesperson denied the new report.

“Tesla is deeply committed to the Chinese market, and the rumors that are circulating are untrue,” Tesla China said in response to the story.

Regardless of the validity of today's news, or if Tesla was close to getting a China production deal in place, it is only a matter of time before Tesla will be compelled to move forward with the plans. Having a local factory will alleviate the automaker from a 25% tax on imported vehicles, and will reduce the considerable stress at the company's Fremont factory and the Gigafactory, related to the Model 3 timeline.