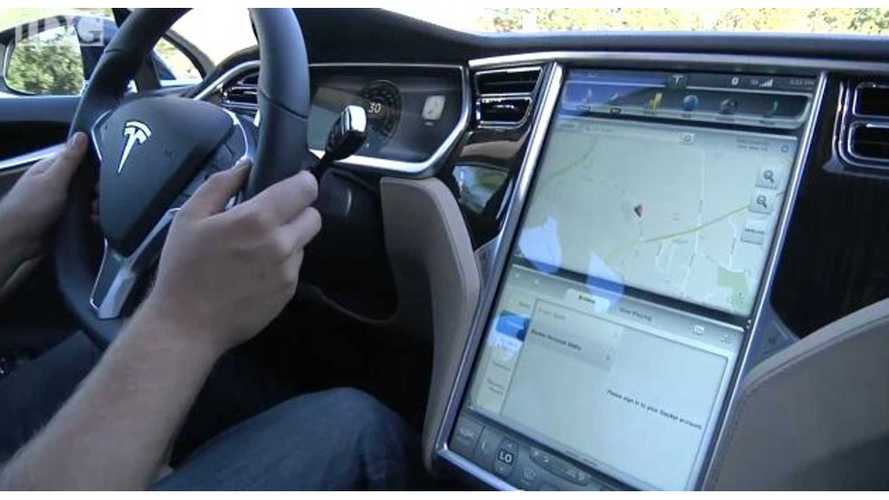 The Tesla Model S & X tout the largest touch screens in the industry, but the internet browser is archaic.

A new study by Drawbridge found that most Tesla Model S & X owners fail to use their in-car internet browsers. This is likely due to the fact that the internet browser in Tesla vehicles is subpar. However, a substantial update is in the works.

By the time the Tesla Model 3 hits roadways, hopefully the new internet browser will be in place (via Instagram/Richard Hennessey).

Drawbridge is a global company that specifically uses device information to help clients build connections and upgrade brand success. The company monitors over 3 billion devices around the globe. The recent study mapped Tesla vehicle-based internet browser usage for one month.

Despite the 17-inch touch screen, and Tesla's reputation for state-of-the-art technology features, the study showed that many owners don't even access the browser. This could be partly due to the fact that all of the other bells and whistles are enough to keep them occupied, but in truth it probably stems back to the system's faults.

According to Electrek, of the ~150,000 Tesla vehicles on the road, Drawbridge reported that less than 40,000 accessed the internet in their cars, during the one-month period. Less than 6,000 used the technology inside of a one-week study. The more interesting part is that the Tesla drivers that are taking advantage of the service, are using it heavily. Possibly those with new fancy tablets and phones have no need for it, or they don't spend enough time in the car to have to deal with it, while for others, it is a necessity.

With the big push against "texting and driving" and "hands-free operation," perhaps people are just playing it safe. There may have been more people active with the touch screen offerings while using Autopilot, prior to some of the recent negative press associated with the self-driving feature. Tesla has been more diligent recently in making sure that its customers are well aware that they must be indefinitely engaged. Once the car is parked, it's just as easy to grab your personal device, or head into your work or home if you really need to go online.

Once the vehicles reach fully autonomous operation, and its use is approved by regulators, maybe we will see a change in such stats. Also, Tesla is in the process of upgrading to a new, faster and more intuitive Linux operating system for the Tesla Model S & X. An update is due in as soon as a month. While we don't know for sure what will be the case with the Tesla Model 3, it would only make sense for Tesla to release it with an up-to-date browser, especially when considering the positive reviews surrounding that of the Chevrolet Bolt.