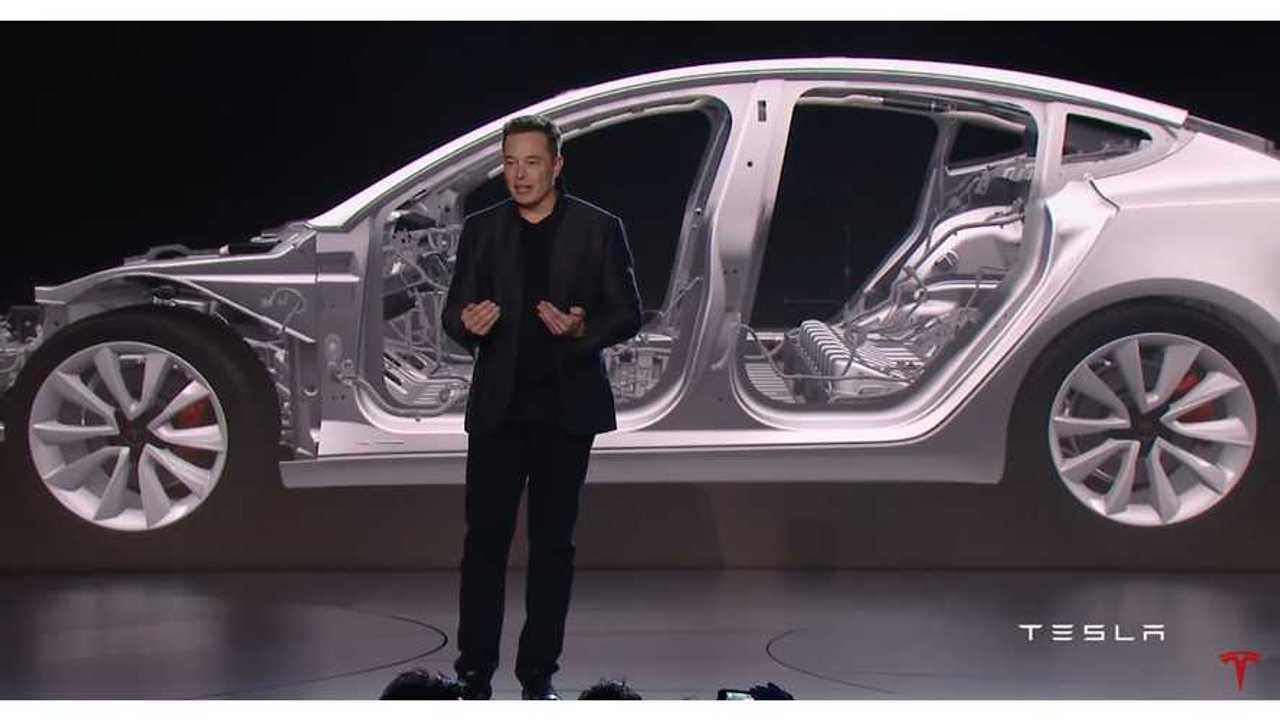 Despite the anticipated arrival of the more affordable Tesla Model 3 in the second half of this year, we have learned very little additional information on the car since the EV's debut last March.

The next big reveal for the production car is estimated by Elon Musk to occur at the "beginning of spring or something like that...".

But thanks to a recent series of tweets by the Tesla CEO, which was initiated by Musk stating that Tesla had no plans to increase the top-of-the-line battery sizing found in the Model S and Model X today (at 100 kWh), we can definitely say what the Model 3 won't be offering.  Namely, a 100 kWh battery option.

@Veidit No plans to take X, S (or 3) above 100 kWh. Semi necessarily and pickup truck maybe will go above.

The reason for the lack of a 100 kWh offering in the Model 3 (besides we assume some serious product-creep), is stated by Musk to be the wheelbase.

Tesla's newest cell - the 2170 series, which are now being produced at the company's Nevada Gigafactory, will be employed for the first time in an EV offering with the Model 3.