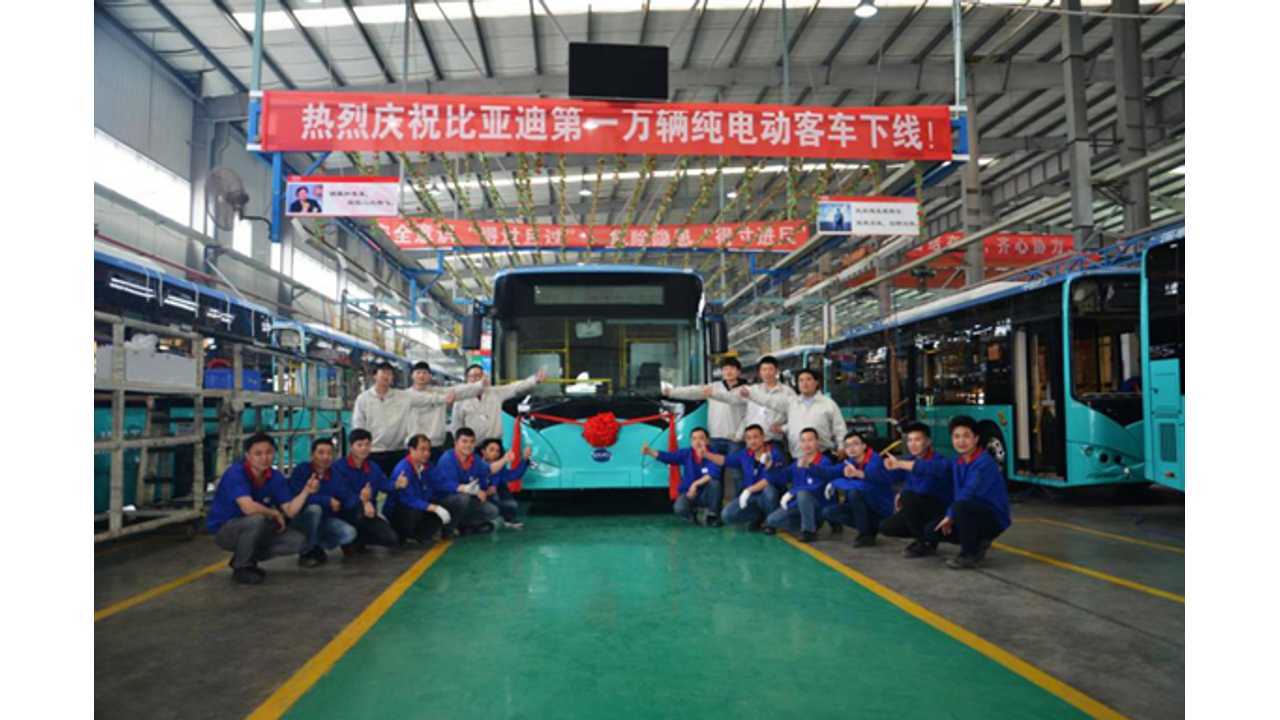 BYD announced a €20 million ($22 million) investment into building electric buses for Europe at a new assembly facility in Hungary.

The new subsidiary’s name - BYD Electric Bus & Truck Hungary Kft is not accidental, so beside electric buses and fork lifts, we probably should also expect electric trucks to be made at the facility in the future.

Just about to get the party started was....Isbrand Ho, Managing Director, BYD Europe; Duan Jielong, Chinese Ambassador in Hungary; Peter Szijjártó, Minister of Foreign Affairs and Trade in Hungary; and Attila Molnar, Mayor of Komárom who delivered a speech during the press conference in Budapest, Hungary on 10 October 2016.

The plant can be found in the north Hungarian city of Komárom, and will be capable of assembling up to 400 vehicles a year on two shifts, and will eventually employ up to 300 people.

Production is to begin in the first quarter of 2017 - which we have to say is extremely quick, and we will be monitoring to see if such as task can be completed in half a year.

The Chinese-based company also intends to establish a R&D center and battery test facility on the premises.

"Speaking at a ceremony at the Hungarian Ministry of Foreign Affairs and Trade in Budapest today, Isbrand Ho, BYD Europe’s Managing Director, said:

“Today’s announcement reinforces our company’s commitment to the European market. This is our first manufacturing facility but it won’t be our last – we are actively looking for other locations”.

“We chose Hungary both because of its central location in Europe and its long tradition of engineering excellence and indeed bus making* as well as the very friendly welcome we have received from the authorities here”.

Speaking at the press conference the Mayor of Komárom Mr. Attila Molnar thanked BYD for their decision to choose his city for the location of BYD's first pure electric bus production facility in Europe. He mentioned that creating jobs is the priority.

Mr. Duan Jielong, the Chinese Ambassador in Hungary said: “BYD, as a Chinese enterprise integrating R&D technology, automobile and new energy, is a pioneer in the aspect of new energy vehicles and has been devoted to realizing zero emission urban public transportation. It’s no surprise that the sales of the BYD electric bus is growing fast in European countries such as the UK, France and the Netherlands as the diesel era comes to an end."

Mr. Peter Szijjártó, Minister of Foreign Affairs and Trade in Hungary also welcomed BYD and pointed out Komárom is the only manufacturing plant outside China besides California and Brazil. He highlighted the fact that BYD was not just building a manufacturing plant but also opening a battery testing unit and R&D center.

*In a former era factories in Hungary built thousands of buses every year for the countries of the former eastern bloc."