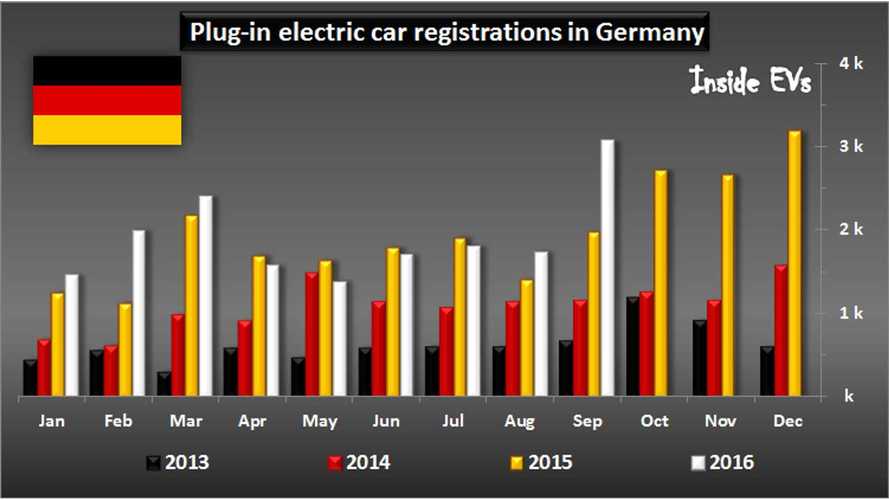 More importantly, both types of plug-ins are growing:

Four main factors could be mentioned behind the growth: We note 418 sales for Kia in September, after 439 for the entire year...but maybe there was just a big rush at year's end.  Again.

Tesla in general should be happy with the results in September with 200 Model S and 177 Model X registrations during the month, which put it ahead of most brands offering plug-ins.

Also the 279 Renault ZOEs sold continues to be a great result for the brand, because with 2,115 registrations YTD, the all-electric Renault is the most popular plug-in for Germany.

But the biggest splash overall was made by the BMW i3 with its new longer-range version arriving on the market.  A record of 511 units were registered, including 291 BEVs and 220 REx models.

It will be great to see how German market expands with reinforcements from the new 41 kWh/400km (NEDC) Renault ZOE Z.E. 40.