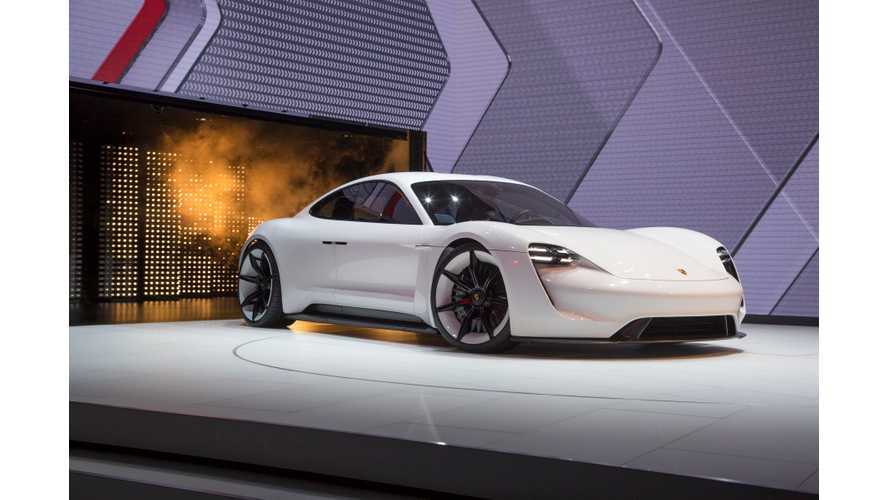 All hands on deck...declares Porsche in regards to develop of the pure electric Mission E.

Porsche research and development chief Michael Steiner says that the automaker is shifting resources towards the development of the long-range electric Mission E as its now a "top priority" item for Porsche.

Steiner noted that this means any plans for a plug-in hybrid Porsche 911 will have to be delayed for now as Mission E is the focus.

“We decided we would do the Mission E as our priority one. It’s in serial development.”

“The conceptual design of the Mission E once again gives us technically the potential to do more with this platform, and also we think about if the battery electric business will be fast growing and we think that the whole business will change, most probably pretty fast at some trigger point. That should be not the only battery electric car."

"In general we think what could be a second or third step, and also in terms of the platform of Mission E there is no reason why this has to be only a one body-style platform.”

“It looks, at least, like the market potential of a new vehicle with completely electric is more than for another derivative of the 911.”

Quite the chatter box....

The Mission E should pump out 600-plus HP, zip from 0 to 62 MPH in 3.5 seconds or less. Boast a top speed in excess of 155 MPH and have a range in the neighborhood of 300 miles. Production is tentatively set for 2019, but with the Mission E now listed as "priority one," the launch schedule may be pushed forward.