Mercedes CEO: We Aim To Be The Leader In The Premium Electric Vehicle Segment 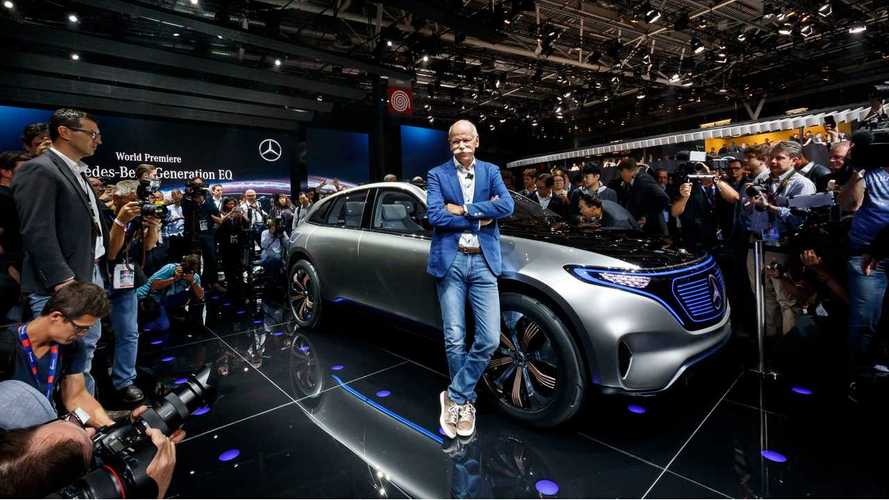 Mercedes recently unveiled its new brand of electric cars, known as EQ. As part of the unveiling, we saw the Generation EQ concept car. A fully-electric, long-range vehicle planned for 2019. Company chairman Dieter Zetsche told the press that within ten years, Mercedes will top the segment of premium electric vehicles.

The Generation EQ is an SUV that will boast over 300 miles per charge. The concept is Mercedes' first attempt to provide a product to top Tesla. Zetsche admits that Tesla is currently the key competitor. Zetsche said:

“We have set for ourselves a target five years ago... to become the number one car premium manufacturer. That was supposed to be reached in 2020, but it seems that we are awful close already.

So we can set a new target to ourselves and that is equally to be the leader in electric premium vehicles as well... this includes not just our current competitors, but new entries as well, including Tesla."

The company plans to set 2025 as its goal. Zetsche explained that by 2025, Mercedes will have ten electric vehicles on the market, and will be the proven industry leader. Between now and then, competition aside from Tesla will continue to grow. Added to this, several luxury automakers including Audi, BMW, Porsche, and Volvo are working toward long-range electric vehicles.

Being the top luxury electric automaker is a lofty goal. However, the timeline may be too far off, especially considering the plans of competition, along with progressing technology and segment growth. Eight years is a long time really. Musk said that the Apple Car's 2020 goal is already a missed opportunity. It's surely time for automakers to speed it up!