Op-Ed: How the rest of the world views your electric vehicle 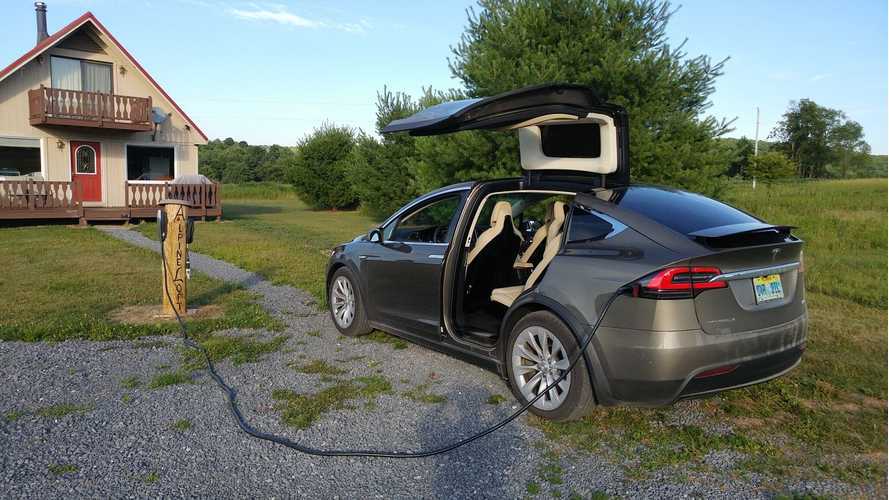 Not everyone views your EV as you do (via Mark S)

Four recent encounters have clarified a few things for me regarding how other people feel about my electric car. Since half of the encounters involved an obnoxious attitude, EV advocates need to be reminded that all of our banter in forums is merely ‘preaching to the choir’ and does not engage us in how the public actually feels about automotive electrification. I would also assert that other EV owners and advocates need to head to polls in a few weeks with 100% participation; our viewpoint is a MINORITY viewpoint and some would gladly take away our EV driving rights if given the power to do so.

My wife told me last evening about part 2 of an EV discussion she had with one of her customers. Part 1 involved an obnoxious DENIAL (and I will come back to this word again) that an electric vehicle could actually be driven from FL to NY. He told her that after her 40 miles (in her Volt) she could call him to come pick her up. She not only tried to explain about the Volt’s gas engine backup, but she also described the Tesla Supercharging network. He would have none of it. (I will use this phrase again!)

Apparently, she saw him again yesterday and he had a very different attitude. He must have either digested what she said or researched it on his own, as he had to revisit his previous intransigence he demonstrated with her and tell her that he truly had no clue that superchargers existed, and that that changed everything.

This past Sunday, I was out picking apples at a nearby orchard and had one of the Model X’s Falcon Wing Doors open to aid putting my wagon back in the vehicle. Of course, those doors stand out and people notice and often comment. One fellow asked if I had actually driven the X up from FL (noting the license plate versus our current location). I then told him of the supercharging stations, of which he was completely unaware. With a smile, he told me I was wearing the wrong hat, as I had my ‘Volt’ ball cap on. I told him I had THREE of them, too. He told me he would have to talk to his brother-in-law, as money was an issue for him. I then reminded him that GM’s (affordable) Bolt would be out very soon.

Two days ago, I took my daughter and two grandkids off to the Adirondacks for a drive to see the fall foliage in the mountains. We topped off the X at the Utica supercharger and then proceeded to do a 200+ mile loop through the mountains.

(FYI, when we left the supercharger, it stated I had 256 miles of range and when I returned to the Utica supercharger, after 212 miles of driving, the estimate still showed 72 miles remaining.)

At the little hamlet of Inlet, NY I pulled into the little lakeside park and popped the FWDs to let the grandkids out…which brought out the curious, AND THE CRAZY! (all septuagenarians, btw)

A woman and her two friends approached and asked if it was a DeLorean. After explaining what it was, there were many more questions, including about how I managed long trips. This exchange was pleasant, unlike the fellow waiting to engage me who was standing right behind these ladies, just waiting for his turn to ‘pounce’.

My mindset was not one of confrontation, especially after answering so many interested questions just moments before. If I had been more aware initially, I would have seen his body language, as well as his wife’s, for what it actually was- bottled up rage. I should have known that his quivering voice, as well as his wife’s attempt to pull him away, were signs that I was not speaking to a rational person. My electric car, and my pleasant discussion with the ladies were simply things he could not tolerate. Perhaps what angered him the most was my license plate, ‘OVR OIL’.

Not always easy to keep a low profile with doors aloft

His first statement was a question, but it was obviously meant as a preface to him lecturing me on his viewpoints. He asked, ‘But where does it get its power from’. It was vividly and immediately clear that I was about to get into one of those dirty-electricity-from-fossil-fuel discussions. However, in the past, when such sentiments appeared, they were quickly averted with my description of solar panels on my FL roof and NY purchase of renewable energy. This fellow would have none of that.

It was clear by his statements that he had bought into the far right’s viewpoint that the global economy could not function without fossil fuels. When I told him that my NY renewable electricity bill was essentially the same as my fossil fuel based bill, he shouted, ‘NO IT’S NOT! IT’S MORE EXPENSIVE’. This is the DENIAL that I mentioned I would return to. Fortunately, his denial was accompanied by the run-away mentality and he was headed in the other direction when he was shouting those things.

(For the record, I believe I pay about an extra penny per kwh, but it is hard to know for sure with seasonal changes in rates; macroscopically, I see no change since I started buying renewable electricity.)

By this point, I saw this man for what he was- the poster child for the stubborn, mean spirited political party that I used to call my own, before I disavowed all affiliation. It was clear that the only words that would echo in his head were those of far right and alt right media outlets and talking heads. And as someone who keeps track of current news, I had seen horrific reports of that party’s current mantra even bolstering school bullying of ‘Your gonna be deported’ to children of color. I understood that the mere sight of my electric car had made this man so enraged that he shook when he talked. As he walked away, I told him, ‘Go vote for …’. (I don’t think I actually have to write the name, do I?). He hollered back ‘Go vote for …’, (that person’s opponent) confirming the political orientation of this obnoxious encounter.

My daughter told me, ‘Don’t worry; he’ll be dead soon’ (so his opinion won’t matter). However, I would be remiss in not restating this incident and reminding EV owners that there are people who HATE your cars and all they represent. They will vote- and you need to, as well.

Charging stations are the most common points of public interaction

I would also like to come back to another theme of EV ownership- perception of range limitations. I will reiterate my position that GM made a HUGE mistake in their approach to the Bolt. By doing NOTHING about charging infrastructure and making DCFC OPTIONAL (really?), they show a complete disconnect with how the public currently sees electric vehicles.

Reread the previous discussion to see how people continue to DENY that neither the Volt nor the Tesla can drive them where they want to go. This is FOREFRONT in their perception!!! Does GM actually think it can sell the Bolt here in NY with its ONE (non Tesla) DCFC charger outside the NY-Albany corridor? My experiences in the last week show me that many people are interested in driving electric, if, and only if, they get the exposure to see that the supposed range limitations are myth…

…and for those who never want to drive electric, make sure they don’t get more input at the ballot box then their narrow minded mentality deserves. The current mouthpiece, and dismantler, of the party has a following as dogmatic and determined, as they are hostile. Given that they are already stating that they might lose…because the system is rigged against them…you can believe that every one of them will vote- so you must, as well.