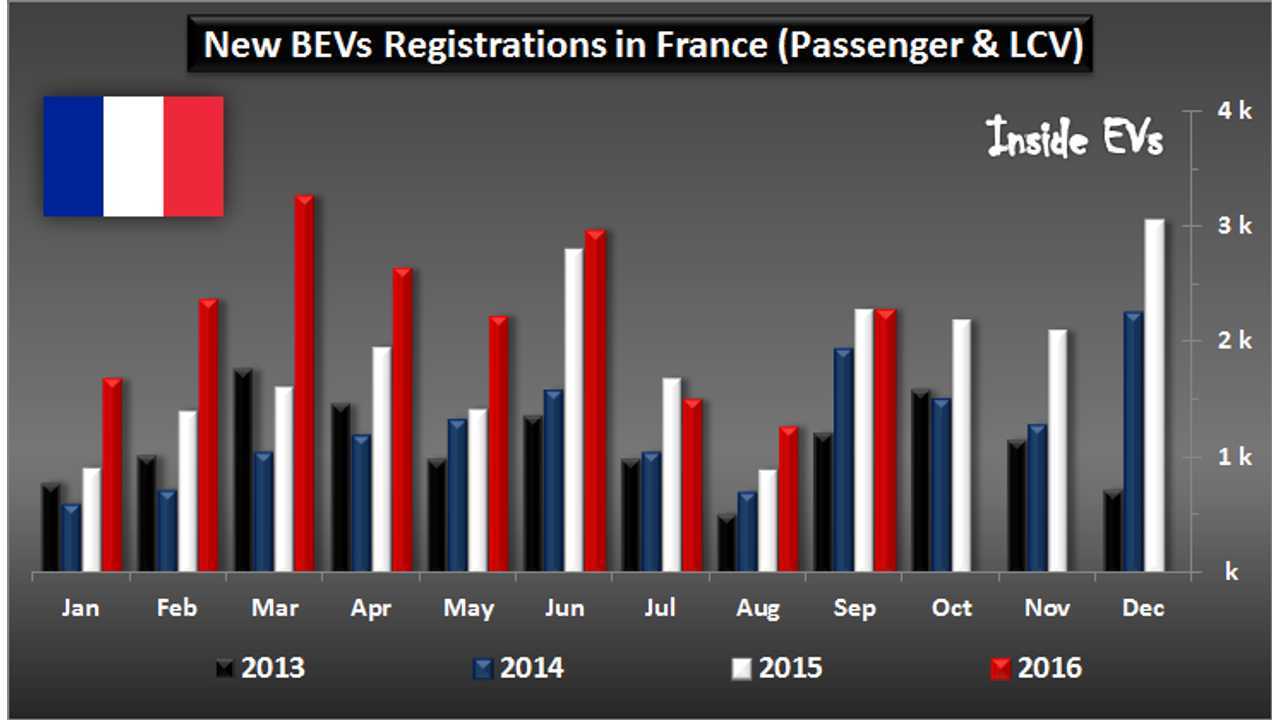 There was 3,049 new registrations of all-electric and plug-in hybrid cars in France this month, making September improved by 12% compared to a year ago.

Market share hit 1.05% for passenger BEVs and 1.5% overall when including PHEVs.

The growth in September wasn't huge, but we feel it's just the calm before the storm, as the 2017 Renault ZOE 40 (with a 41 kWh battery on board and 400 km* of range - details) will arrive soon with volume deliveries, as the new offering went on sale in France on October 1st.

Because ZOE sales in France exceeded 8,000 of  total 16,000 passenger BEVs, any surge with this model (as we expect) raises the water-level for the whole EV market in the country.

In September, Renault ZOE registrations exceed 800 (867 including commercial registrations), which was 16% less than year ago.

Showing that bigger battery upgrades do indeed push sales in France, the Nissan LEAF had another much improved month (year-over-year) and logged 297 registrations, with the Tesla Model S placing third for passenger BEVs with 132 registrations!  (Of note:  Tesla Model X greeted France with 40 registrations in September)

Surprisingly, the new Kia Optima PHEV led plug-in hybrids with 152 registrations, followed by the Volkswagen Passat GTE and Golf GTE - with 128 and 97 respectively.