The "Tesla Effect" Via The Super Bowl 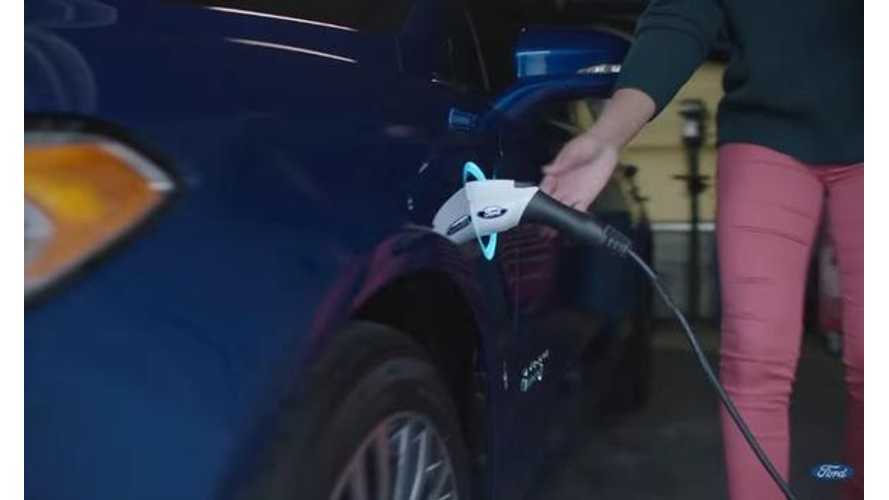 The automotive and energy sectors are undergoing a massive transformation. Just this week, we reported on breakthrough research that found "90% of executives surveyed expect battery electric vehicles (EVs) to dominate by 2025." And another research study suggests that this electric vehicle future (in addition to solar) could actually halt fossil fuel growth even sooner, by 2020. It's evident that Tesla is beginning to have a serious impact. This Sunday, another pastime, the Super Bowl, demonstrated the Tesla effect.

In perhaps the most surprising commercial throughout the game was the first-ever ad from Big Oil — courtesy of the American Petroleum Institute. Was it a ploy to divert our attention from carbon-emitting, gas-guzzling cars and (instead) remind us that oil is used in spray paint, lipstick and plastics? Or, perhaps, was it a ploy to show how "high-tech" oil is compared to its new nemesis electric vehicles? Not sure. But it was... interesting. After showing a car, the ad claims "oil runs cleaner" — ummm, not. And perhaps a dig at the Elon Musk reminding viewers that "oil explores space" — were they trolling Tesla and SpaceX?

In USA Today, Jack Gerard, the president of the leading trade association for the U.S. oil and gas industry discusses the ad and notes, "Typically, when people think of energy, they’ll reflect on how they go to the gasoline pump, or heat their home or cook their food. But the reality of our products is that they are in everything that we use every day. … So yes, this is a transition of thought, if you will."

Nevertheless USA Today acknowledges that, "critics may complain that the 30-second spot during  Super Bowl overlooks the long-term risks to the environment of carbon emissions from fossil fuels." Ummm, yeah!

On the other side of the coin, we see a radical shift from Big Auto, courtesy of Ford Motor Company. Their Super Bowl ad shows a Ford electric car owner plugging in — now that's more like it! With narration from Breaking Bad's Bryan Cranston, the ad tries to position Ford as a future-forward automotive innovator. It showcases everything from its phone app to a steering-wheel-free dashboard with a heads-up display. And as noted in Forbes, the ad concludes, "We're going further so you can. Ride sharing ... Electric vehicles ... Self-driving cars." Perhaps this is a rally cry against another America automaker in Silicon Valley?

Watching these ads, it's hard to miss the elephant in the room... electric vehicle pioneer Tesla. But, Tesla doesn't do TV commercials. In fact, Tesla only spends $6 per car on advertising. Compare that with Ford — which spends a whopping $2,550 per car on advertising. And even though Tesla doesn't make TV commercials, Tesla fans often make faux commercials that look almost as good as the ones you see from big ad agencies. Case in point: this recent fanboy commercial featuring Nikola Tesla checking out a Tesla Model S...

True, Tesla does produce some of its own cool videos showcasing its Model S and Model X all over the world. They've even made a few for the Model 3. But they're only used in Tesla stores and service centers, or, on their website. Still, we'd love to see one of these videos pop up during the Super Bowl. It would be fun to see Tesla stick it to the fossil fuel lobby and dinosaur-juice automakers during the big game. Maybe next year.