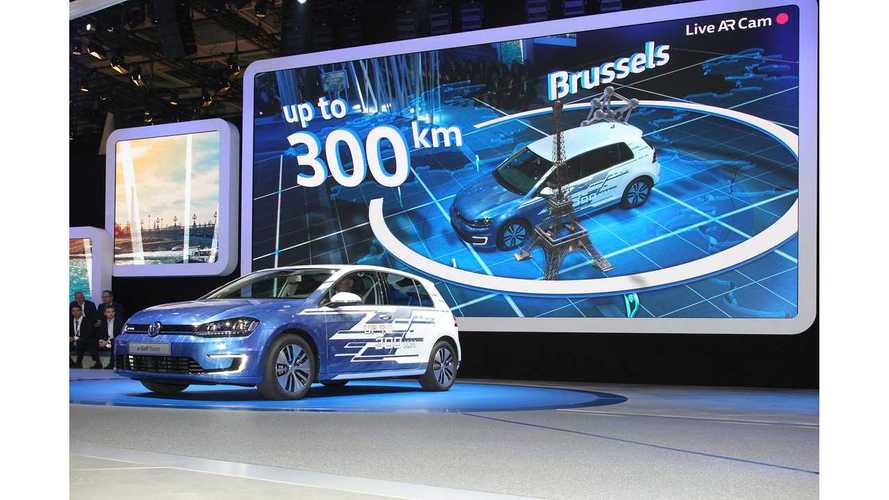 A settlement between the U.S. government and Volkswagen, concerning emissions-cheating, is worth $14.7 billion, out of which $2.0 billion was set for initiatives to promote the use of zero emissions vehicles in the U.S.

Most of that $2 billion is to be spend over the next 10 years on the electric vehicle public charging infrastructure, which means more and better charging stations, potentially for zero cost to the US consumer.

However not all are happy from such a settlement; as it is hard to compete with "free" money.

The most dissatisfied with the settlement particulars is the charging industry, which still struggles today to make any profits, and is now afraid of being flooded with a large-scale infrastructure projects from Volkswagen that cannot be matched.

ChargePoint said in a court filing Tuesday that it is looking for the deal to be amended:

The settlement will "literally to drown out all other participants in the ZEV infrastructure market through enormous spending, made at its unfettered discretion, that is untethered to the normal constraints and financial metrics by which all other market participants must operate.

While adding that letting VW "flood a competitive market with $2 billion in goods threatens the survival of the current participants in that market."

As it stands, Volkswagen will need only to spend the money in the most effect manner to achieve the goals of advancing the tech, while other companies in the business actually need to look for viable business models.  In other words, VW will give people more of what they want - for less...or nothing.

This is basically the $100 million eVgo settlement in California from 2012 to install a fast charging and public L2 infrastructure all over again - but on a much larger scale.

ChargePoint, which operates largest charging network with over 30,000 stations is very critical on the settlement, and seeks help in court. The next episode of this story will take place at a hearing on Oct. 18.

The Wall Street Journal reported on the upcoming action:

"In a request to intervene in the court proceedings, ChargePoint said the zero-emissions requirement could drive out all competition in the market for electric vehicle infrastructure, which it said is expected to generate around $800 million from 2017 through mid-2019.

Companies “will be unable to afford to invest in new charging products or services when the dominant player in that market makes such investments with ‘penalty’ dollars and, as such, is untethered to the normal constraints and financial metrics by which all other market participants must operate,” the company said in a filing made in U.S. District Court in San Francisco."

"The federal judge overseeing the litigation is scheduled to consider giving final approval to the settlement at a hearing on Oct. 18."

From an unaffected point of view, the issue is a tricky one, as the money is to be set aside and spent to best promote EVs, and advance their infrastructure...but if one takes into consideration the myriad of businesses trying to gain a foothold in the charging network industry (most of which are floundering badly), the two interests would seem to be at odds.