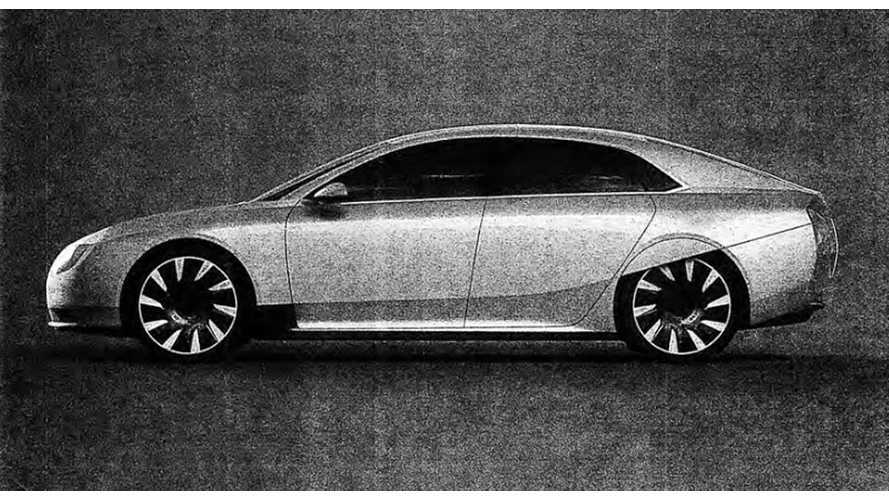 The first grainy image of the Atieva Atvus (a so-called Tesla Model S competitor) has leaked out via Recode.

As the story goes, some documents connected to Atvus were filed with the state of California and uncovered (via a public record request) by Recode. Among those documents is this side profile image of the pure electric car.

The four-door sedan features no door handles and seems to be designed with aerodynamics in mind. Note the rear wheel arches that are partially covered and how the roof seems to extend fully to the rear of the vehicle.

According to Atieva, the Atvus will feature the same powertrain (and 87 kWh battery pack) as found in its Edna, the mind-blowingly quick electric van that can do 0-60 mph in 2.74 seconds. HP is ~900.

Few other details on Atvus are known at this time. What we do know is that Atieva has tentatively set 2018 for the launch of Atvus and that the automaker has a target of 20,000 units in its first year of production, but as of right now the company is still in the process of securing land for a manufacturing facility somewhere in California, so we consider that 2018 target to be highly optimistic.

Recode also found out that initial manufacturing facility is in China, at least according to the filing, as officials in California asked for the location and photo for the point of origin for the EV.  Atieva noted that e-bike/scooter maker Dayang Motorcycle company in Luoyang was that facility.  We should note that Atieva does also have 2 US locations/workshops today in Silicon Valley for vehicle development.