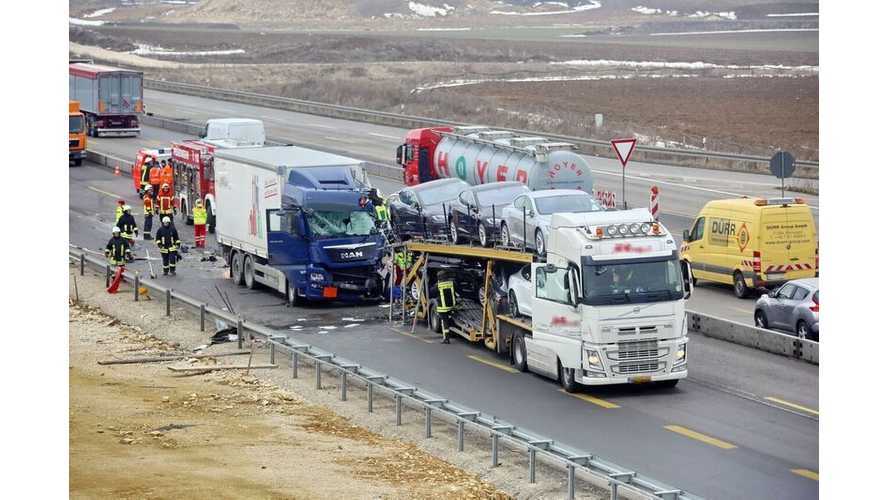 According to Sudwest Presse, these two trucks collided on the German Autobahn (A8, to be more precise). The collision resulted during a traffic backup on the highway. All other vehicles were able to stop in time, but the big rig was unable to come to a halt before rear-ending the Tesla transporter.

"The shipment of Model S and Model X vehicles blocked the roadway for hours, with congestion reaching more than ten kilometers, or just over six miles. Several Tesla vehicles were destroyed, according to reports. Local police directed efforts to remove the Tesla fleet as it spread across the Autobahn roadway in order to provide vehicular access to the site."

They're just vehicles though, which can be replaced. Lost in much of the coverage of this tragic event is the death of the semi driver. We're hopeful that, in the future, various autonomous-drive features fitted to big rigs will prevent crashes such as this and will save lives.

Our thoughts and prayers go out to the family of friends of the deceased.