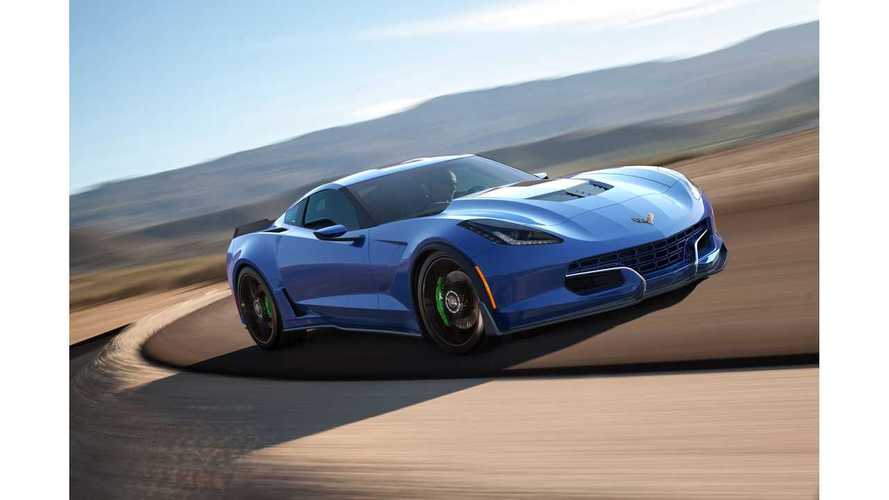 Genovation released two renderings of a future production version of the Genovation Extreme Electric (GXE), and announced the opening of pre-orders.

The GXE is based on the C7 Grand Sport Corvette, but is re-engineered and electrified by Genovation.

Range is said to be 130 miles (209 km), while complete performance data when it comes to acceleration is not yet available (possibly because the car isn't a real thing at this point).

Earlier this year, the company converted a Z06 Corvette prototype to electric drive Z06 and then promptly set a (then) 205.6 mph (330.8 km/h) land speed record.

All good right?  Not so much, here is the thing:

Any order requires a $250,000 deposit, while the final price is astonishing $750,000.  And wait, it gets worse...not only do we not have all the specs on performance (so you don't know if the Model S P100D will be eating your breakfast or not), but the first deliveries aren't expected until Q4 of 2019, which is three years from now.

Genovation says production will be limited to 75...but we don't think that will be an issue for anyone who wants one.

"The GXE will be produced in a limited quantity of 75 vehicles. Individuals that wish to pre-order the GXE can secure their place in line by signing up on Genovation’s web site. They will also be required to submit a deposit of $250,000. The final price for the GXE will be $750,000. Each GXE will be bespoke and unique, based upon the individual customer’s desires. Customers that choose to purchase the GXE can guarantee that their GXE will be one-of-a-kind as it will be based on their individual design and finishing requests.

Genovation anticipates that the first vehicles will be delivered in Q4 of 2019 after a 2-year design period and 1 year build time."

“We are very proud of what we have accomplished with the GXE thus far, pushing the limits for electric-powered cars beyond what most people thought was possible. We are excited to enter the next phase and begin offering this extraordinary vehicle to discerning customers. This is a truly unique vehicle on a number of fronts, and we are thrilled to be bringing it to market.”

Here are some details from Genovation on the GXE:

Here is a few videos with the prototype GXE:
++Share