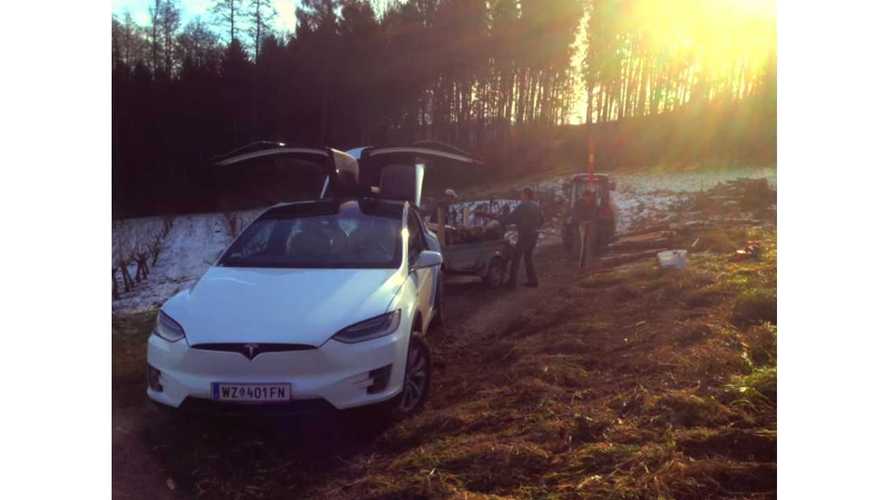 Well this is surely an interesting one. Some of you will probably quickly cringe as you watch this Tesla Model X owner giving the beast a workout.

Tesla Model X Offroad In The Snow, Pulling A Load

The trek starts down a fairly steep hill, at what looks like the driver's orchard. There is no snow or mud, rather it's sort of a dirt two-track. At this point, you can't tell it's a Tesla, and there's no indication that anything is being towed. It's just noisy and the jarring is enough to make you sick, but fortunately for your most recent meal, the camera is eventually steadied.

Later, we see the Model X pulling a load of wood around on some snowy grass, at which point the tires begin to spin on the way up a hill and the vehicle seems to struggle to regain traction. In the end, the white Model X could benefit from a good washing. It's definitely makes for a pricey tractor.