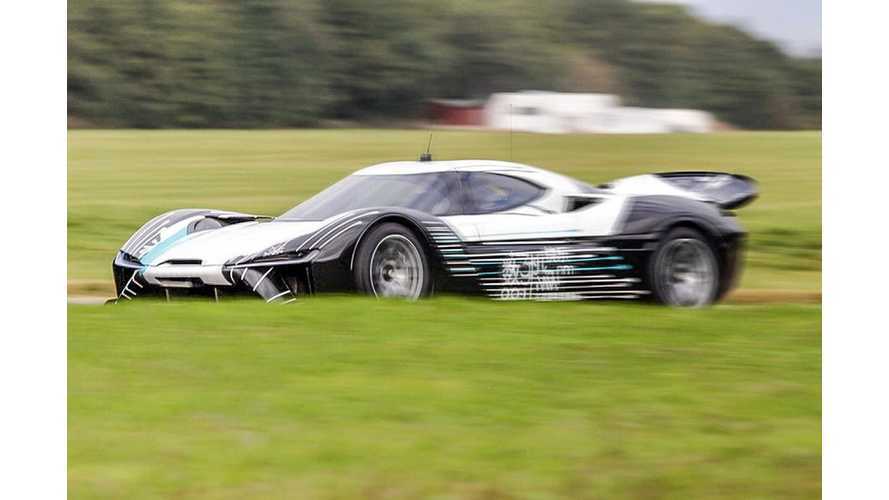 The NextEV electric hypercar has been spied testing in the UK, according to Autocar.

This unnamed electric car will be unveiled to the public next month and is expected to go into production in the near future.

According to NextEV, the electric hypercar cranks out approximately 1,341 HP. An impressive figure for sure.

0 to 60 MPH times are reported in the 2-second range (right around Tesla Model S P100DL territory). Top speed is in excess of 186 MPH.

"The Chinese-based electric vehicle start-up, headed by former president of Ford of Europe Martin Leach, has already indicated to Autocar that the hypercar will set new standards in electric car performance."

"Although NextEV is remaining tight-lipped on planned production volumes and pricing, the expectation is the new hypercar will be built in a volume of less than 1000 and cost close to £1 million."

This flashy hypercar is really just for show though as NextEV says it hopes the car will attract attention to the brand and that eventually a whole range of more conventional electric models will be offered at much more affordable price points.

Lastly, NextEV says its sales target is some 500,000 unit annually be early next decade. That's ambitious considering that the automaker doesn't have a single sale connected to its name yet, but we shall soon see what the future holds for NextEV.