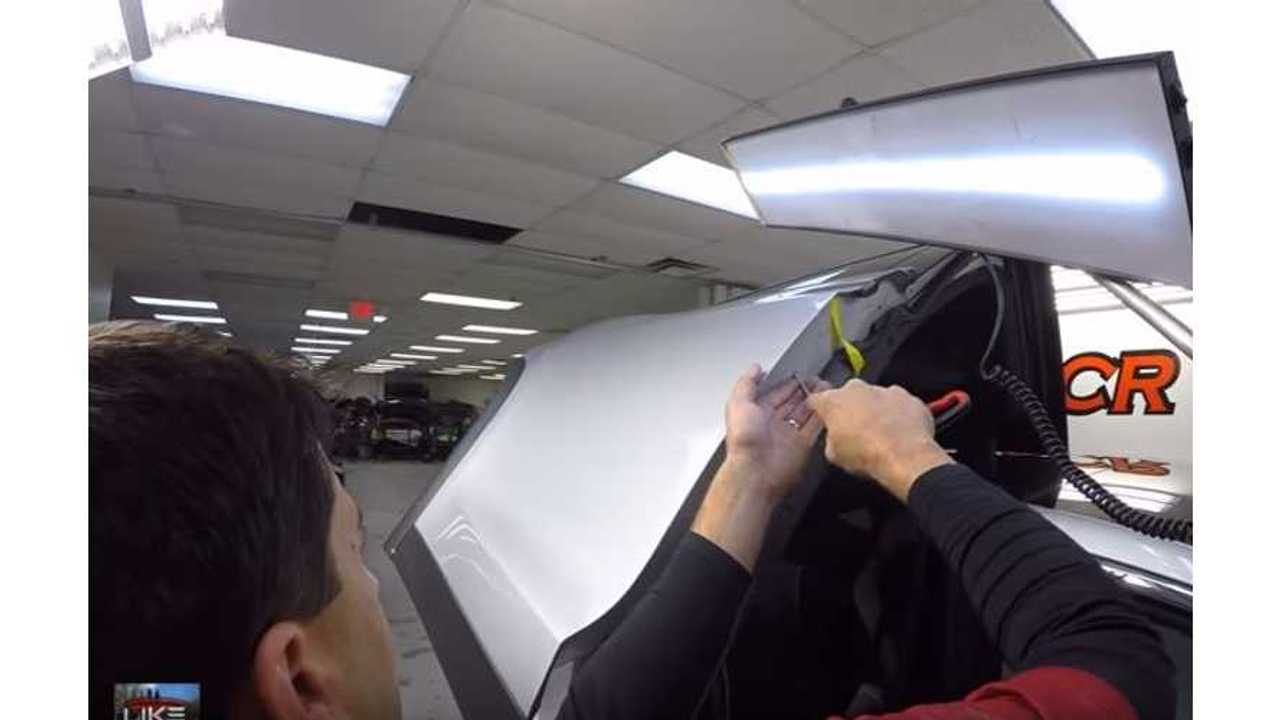 Though this Like Tesla video focuses largely on a paint-less dent repair on a Tesla Model X, there's a brief, but highly detailed discussion (and visual examination) of the Model X's Falcon Wing doors.

Like, for example, did you know that the sensors on the Falcon Wing doors are so sensitive that each door can only have approximately 3 mils of paint applied. Any more and the sensors will be affected by the weight of the paint. As explained in the video, this means that the doors typically need to be stripped first prior to repainting.

Best of all, paint-less dent repair is usually only $50-$100 per dent, which of course is much less expensive than stripping paint from the Falcon Wing doors, patching the dents, priming, sanding, painting and on and on.