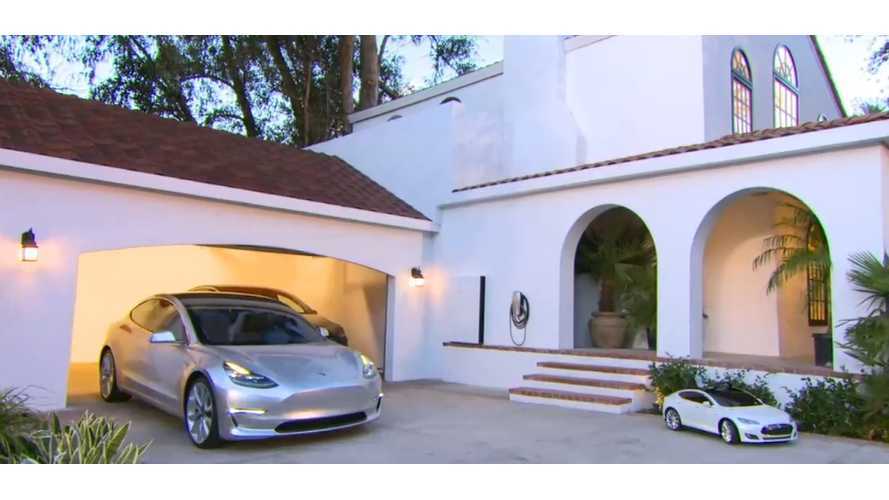 In 2006, Tesla Motors visionary Elon Musk boldly wrote in his Master Plan: "the overarching purpose of Tesla Motors (and the reason I am funding the company) is to help expedite the move from a mine-and-burn hydrocarbon economy towards a solar electric economy." In addition to Tesla, Musk was also CEO of America's largest solar provider, SolarCity. Fast forward a decade later and in Musk's Master Plan Part Deux, he wrote that, "We can't do this well if Tesla and SolarCity are different companies, which is why we need to combine... the time has come to bring them together."

As SolarCity and Tesla came together last fall, Matt Roberts, executive director of the Energy Storage Association, explained Musk's rationale for the merger:

"There’s a clear business case here: Musk says he can expand the market for solar panels by offering them to people who are already considering buying an electric car, and vice versa... In other words, Tesla wants to offer the whole fossil fuel-free frittata."

Could this Tesla Lifestyle — the alliance of electric cars and solar — actually have a real impact on the fossil fuel juggernaut?

Apparently so. This week, the Guardian* reported that the, "falling costs of electric vehicles and solar panels could halt worldwide growth in demand for oil and coal by 2020, a new report has suggested. A scenario that takes into account the latest cost reduction projections for the green technologies, and countries’ pledges to cut emissions, finds that solar power and electric vehicles are 'gamechangers' that could leave fossil fuels stranded. Polluting fuels could lose 10% of market share to solar power and clean cars within a decade, the report by the Grantham Institute at Imperial College London and the Carbon Tracker Initiative found."

Furthermore, it's reported that, "The cost of solar has fallen 85% in seven years, and the report finds panels could supply 23% of global power generation by 2040 and 29% by 2050, entirely phasing coal out and leaving natural gas with just a 1% share. By 2035, electric vehicles could make up 35% of the road transport market, and two-thirds by 2050, when it could displace 25m barrels of oil per day." If companies like Tesla continue to innovate at light speed, it could mean that these, "scenarios look conservative in five years’ time.”

Some in the fossil fuel business have taken notice. Electrek reports that Shell Oil’s business director John Abbott announced, "We have a number of countries where we’re looking at having battery charging facilities" starting in Britain and the Netherlands. Russia has actually made it a law that gas stations need to offer electric vehicle charging. Recently, CleanTechnica reported that, "The France-based oil company Total will be adding electric vehicle charging stations to its extant petrol/gasoline station network in France." Looks like the energy transformation — at least the beginning — has already begun.