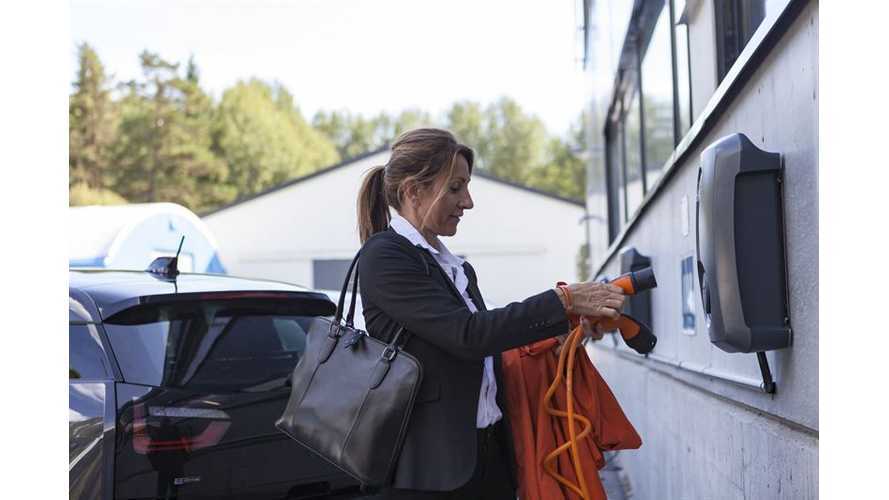 A major European utility, Vattenfall has announced plans to switch its entire car fleet over to electric vehicles.

Over the next five years, starting from this past January, Vattenfall will purchase more than 3,500 plug-ins.  Certainly a major commitment to the new technology, and one we would like to see repeated often by other major corporations.

The passenger and light commercial vehicles bought by Vattenfall (put in service as technical support vehicles and maintenance vans) are to be used in Sweden, the Netherlands and Germany.

Here are the estimated breakdowns by region:

According to Vattenfall, the company has been engaged with plug-in technology since 2009, and already operates nearly 6,000 charging stations (including fast chargers).

"Vattenfall offers charging solutions to both retail and business customers and operates close to 6.000 electric vehicle charging points in Sweden, Germany and the Netherlands. The electricity supplied to electric vehicles equalled 45 million zero-emission kilometres in 2016, or 998 times around the earth. Vattenfall is operating both normal and fast charging stations, and is a front runner in developing new solutions for wireless charging, smart charging and bus charging."

"With this important step Vattenfall takes a great leap forward towards its sustainable ambitions to be climate neutral by 2050. Vattenfall has been active in E-mobility since 2009 and has invested heavily in electric transport because of its enormous potential to contribute to the energy transition and the reduction of CO2-emissions."

"EU Member States and the EU Parliament have already agreed that transport emissions should be reduced with 60% by 2050. Vattenfall supports the move towards zero emission transport, but emphasizes that steps have to be taken to turn the EU-strategy into concrete policies and actions."

Martijn Hagens, Head of Customers and Solutions Vattenfall and responsible for E-mobility said:

“We already help our customers drive electric by supplying charging points. With the decision to switch our own fleet we do not only contribute to reducing CO2-emissions in Europe, but we also want to set an example for other companies,”.

“The outlines for success are already in place. Driving electric is far cheaper than driving on fossil fuels and we help to build a solid charging infrastructure in Europe. But to be able to fully switch our fleet, availability and freedom of choice in cars are very important as well. The trend towards more affordable batteries with a wider range has already set in, which is why we believe the time is right to make this change. But electric cars still require a high financial investment. And if you look at for example company vans, there isn’t much choice yet. Stricter CO2-emission standards on an EU-level would help give car manufacturers the confidence that the development of electric vehicles is the true way forward, hopefully resulting in market growth and a wider range of cars at lower prices.”