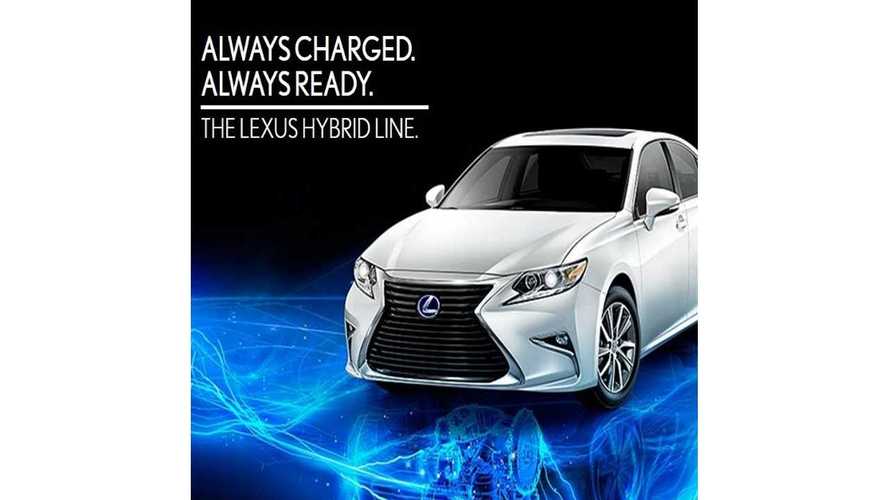 Lexus continues to take cheap shots at plug-in electric car, despite being criticized for this approach on numerous occasions now.

Previous Lexus anti-EV ads include this one in which a charging station is shown with the words "Reserved for someone with four hours to kill" and this other one featuring a BMW i3 in which charge time is again the focus. Both of those ads were eventually removed by Lexus due to what we assume was lots of hate directed towards the luxury automaker, yet Lexus is back at it again and this time it's on the automaker's main hybrid website.

Lexus' hybrid website now features the slogan "Always Charged. Always Ready," a clear jab directed at electric cars. And in the print below you'll notice another shot directed at plug-ins

Enough already Lexus. Yes, conventional hybrid sales are down and we get it that you're trying to find a way to boost sales, but the future is with the plug-in, so instead of knocking electric cars, why not join the fray?