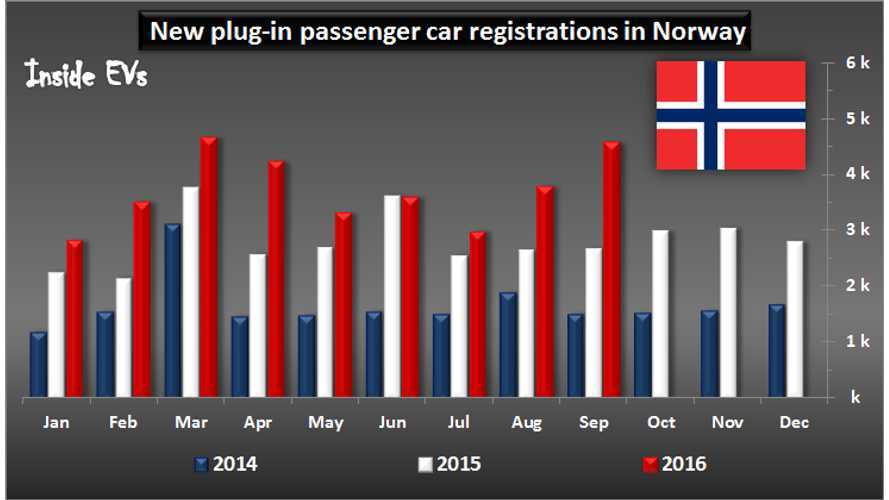 A very healthy 4,552 new plug-in electric passenger cars were registered in September in Norway, making the month the second best on record.

Additionally, there was 517 registrations of used imported passenger cars and 60 commercial vehicles (36 new and 24 used).

However, the biggest slash in September was made by the Tesla Model X, which noted 601 new registrations as volume deliveries have finally began, while the Model S also sold a solid 247 units.

BMW i3 also did well during the month with new record of 520 new registrations, finishing 2nd overall. Rounding out the top five was the Mitsubishi Outlander PHEV (427),  Volkswagen e-Golf (392), and the Volkswagen Golf GTE (358).

With the first three quarters now behind us in Norway, roughly 34,000 new registrations of plug-ins has been made.