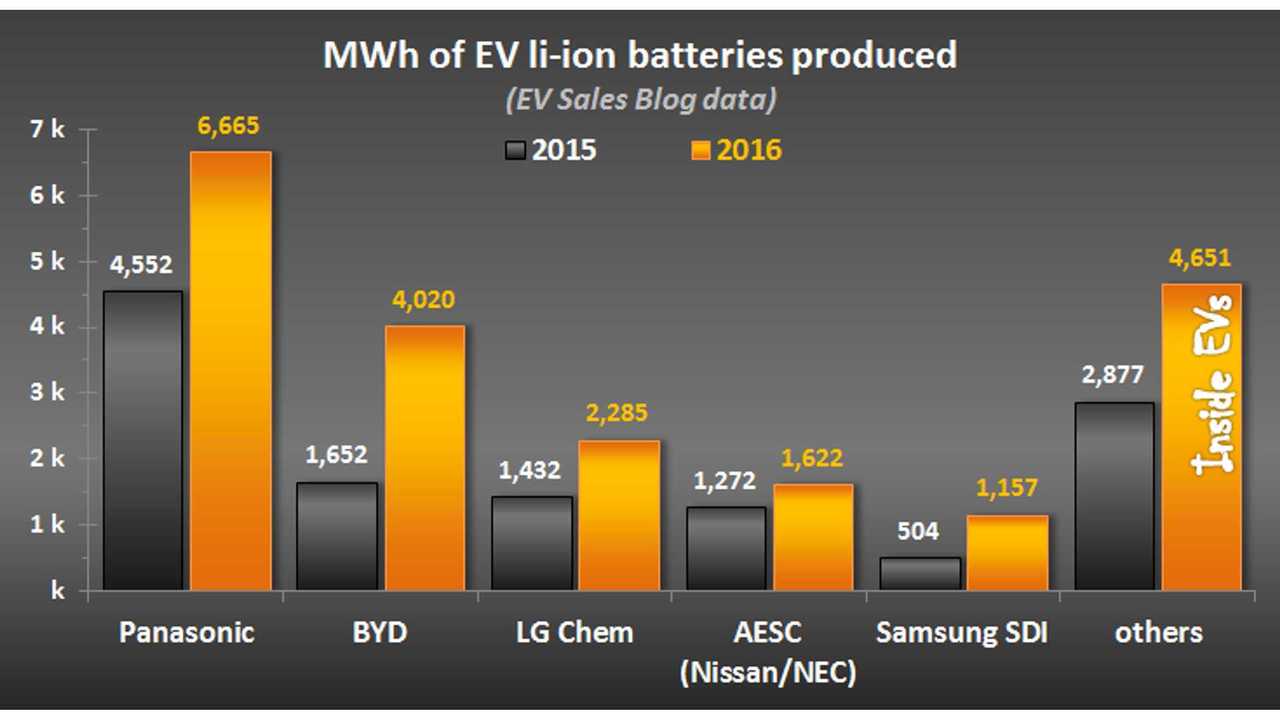 In 2016, sales of lithium-ion batteries for electric vehicles increased by some 66%, up from 12.3 GWh of capacity to 20.4 GWh according to recent data compiled by the EV Sales Blog.

The pace of battery production growth is even faster than the growth of EVs themselves (up ~40% worldwide last year), as average battery capacity inside those sales is growing at the same time.

Also adding to the uneven split between produce capcity gains and EV sales, is the ratio of larger battery all-electric vehicles (BEVs) to smaller battery plug-in hybrids (PHEV), with BEVs growing faster in 2016.

There are five major battery manufacturers was again lead by Panasonic/Tesla with ~6.7 GWh of installed capacity,which was an improvement of 45% from last year, but while still losing some market share (to 32%).

Second largest is BYD, which also noted the highest growth of the major battery makers, growing by 143% last year to 4 GWh. Only Samsung SDI can boast a similar growth rate (130%), but on a smaller scale, at nearly 1.2 GWh worth of production.

Interestingly, if one where to include the commercial business (specifically buses with their huge battery packs) BYD would be #1 in the segment overall...and we guess, it doesn't really matter what type of EV the cells go into - in the overall EV battery-making game, BYD is now on top.