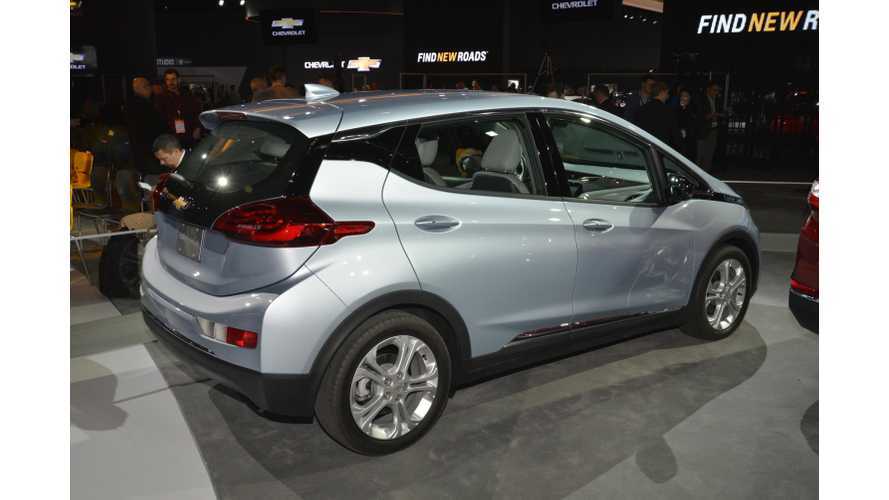 Steve Wozniak now has company on the list of "celebrities" with a Chevrolet Bolt. Who better than Bill Nye the Science Guy to own and promote GM's new long-range all-electric disruptor? If you don't know Bill, he previously hosted a PBS children's show.

Nye is an EV lover and advocate, and of course his education and field of expertise strongly supports his preference. He actually drove one of the few GM EV1 electric cars years ago. He shared:

"If you don't drive an electric car, you just don't get it."

"Who the hell wants to drive a combustion-engine car? People ... come on!"

The Science Guy is already pushing his friends and family to join the club and has been taking them on test drives. Nye believes that once you ride in one (an EV), it's hard not to smile and be sold.

Nye said that he usually only needs about 100 miles of range. But, at times, he travels 120 miles to Palm Springs, from his home in Studio City (Los Angeles), CA. Some of his previous cars caused him range anxiety on such a trip. Nye has been the proud owner of the EV1, Mini E, Nissan LEAF, BMW i3, Ford Focus Electric, and VW e-Golf. He still owns a 2004 Toyota Prius hybrid that he rarely drives. Wow, his seriousness about electric vehicles is beyond obvious.  It also gives him credibility as an "expert" in the field, and a wonderful arsenal for comparison.

Nye said that the Chevrolet Bolt:

"Is head and shoulders above the rest."

His only complaints are that the driver's seat is too narrow and the rearview camera display (housed in the rearview mirror, instead of on the display screen) is weird to get used to. It's not as easy to judge distances than a traditional mirror. But, you can turn it off. He also mentioned that the steering wheel should tilt down further, so as not to block the instrument cluster.

Nye uses his Chevrolet Bolt as his daily driver. He sometimes travels up to 90 miles each way and never has to charge during his trips.