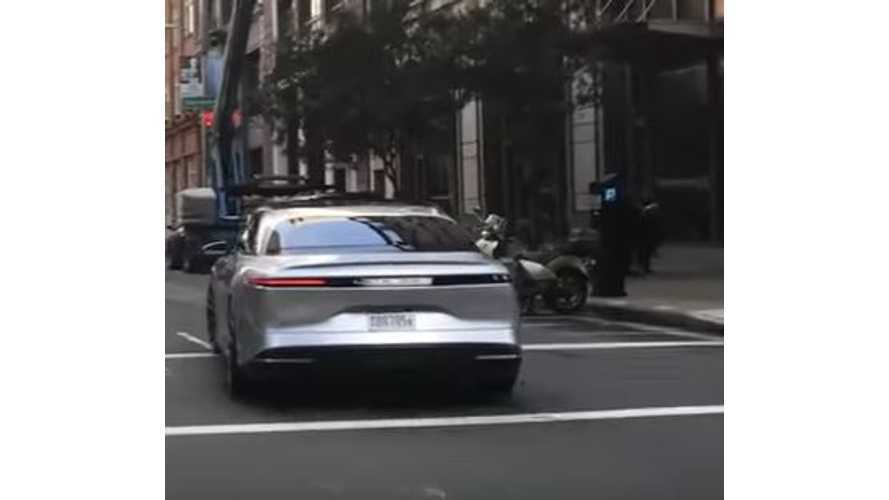 Since its grand reveal, we haven’t seen or heard much of the Lucid Air other than a quick on road 8 second video (below), but now there’s also new on-road spy videos featuring the high-powered electric sedan making laps around a San Francisco block (second, and near identical video below).

From the videos, it's clear that Lucid had the Air out there for promotional reasons; to take some pictures of the EV operating in a urban environment, and then later to make a short video of it out zipping around (both the official Lucid released short video and photos below).

Its 130 kWh upgraded battery (base battery is 100 kWh) provides approximately 400 miles of range.

With a price tag north of $100,000, the Lucid Air may be a hard sell over a similarly equipped Tesla Model S.

Lucid claims to be on track for small-scale production starting in 2018, but that date is certainly subject to change.

Video Below: A second spy video was released a couple days later...again, of the Lucid Air making another trip around the same block.

Video (below): Brief Lucid released on road footage of the Air:

Here are some promotional stills (below) that have surfaced since the Lucid Air was spotted on San Francisco streets:

Riding in the back of a Lucid Air in San Francisco