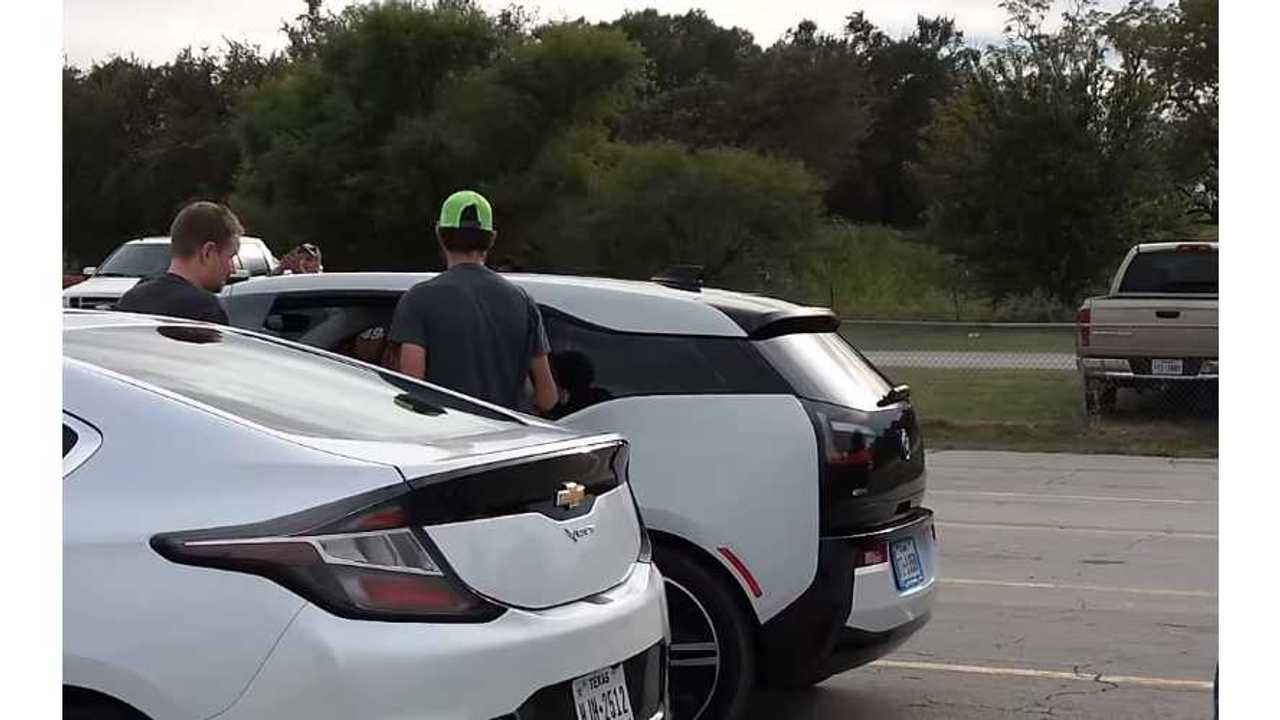 A few days ago, InsideEVs contributor David Murray (also know as the “The 8-Bit Guy” on Youtube), filed a test drive review on a steal of a BMW i3 REx (range extended vehicle) he picked up last week.

BMW i3 REx and Chevrolet Volt square off

And in so doing promised to take the BMW, and his 2nd generation 2017 Chevrolet Volt, to the drag strip for an impromptu race.

As we know the BMW i3 REx has both a stronger motor and less weight, but much has been made of the latest Chevy plug-in's ability to pull off the line (one might recall that the new Volt is actually quicker to 30 mph (~2.2 secs) than the original Tesla Model S 85) - which should make for some interesting results at the track.

Check out the video to see how it all goes down!