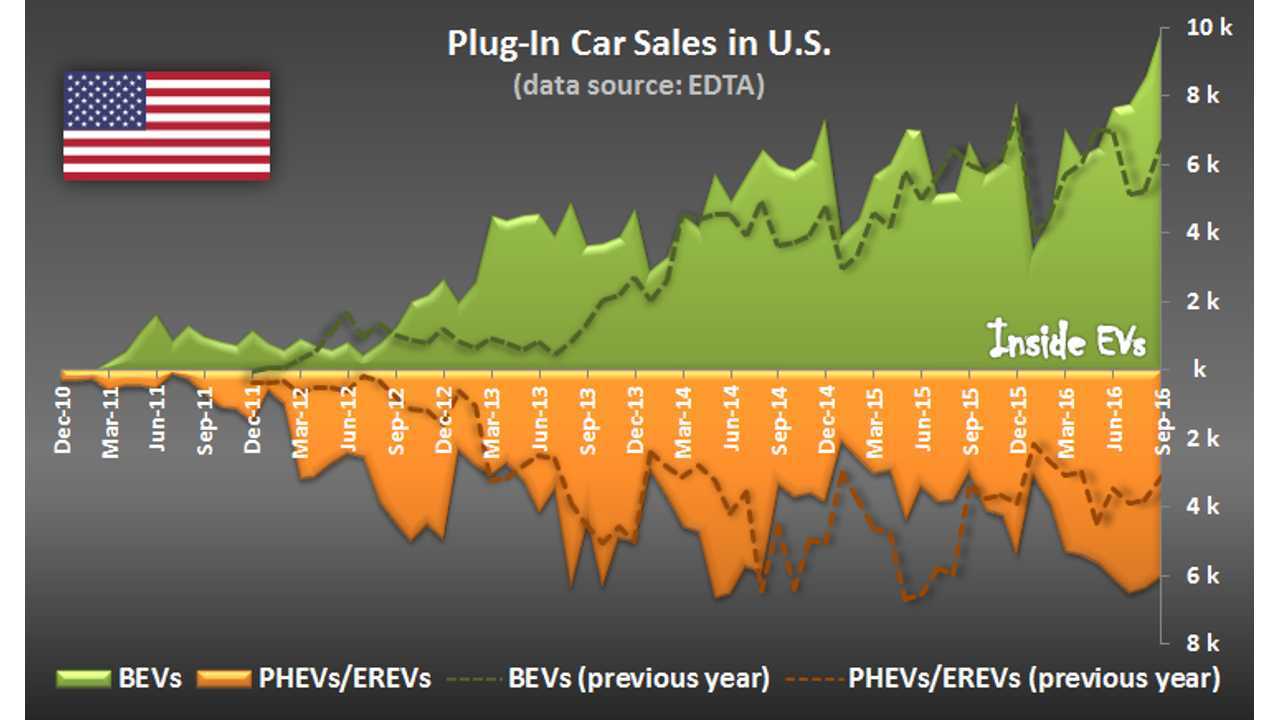 If we compare the plug-in hybrid counter with the all-electric counter, we can't help but notice a growing disproportion, especially given the Tesla Model X's recent volume introduction in the US over the past few months.

BEVs are touching 10,000 a month for the first time, and with Chevrolet Bolt EV just around the corner the advantage over PHEVs probably will only increase, although the real dark horse is the Toyota Prius Prime (full details).

The 2nd generation of plug-in Prius has more than doubled its electric range (~25 miles EPA), and has been priced lower than the standard hybrid (when including the $4,500 federal credit).  If stocked, one could imagine sales upward of 4,000 units a month if only a fraction of the current Prius Hybrid customers switch to the plug.