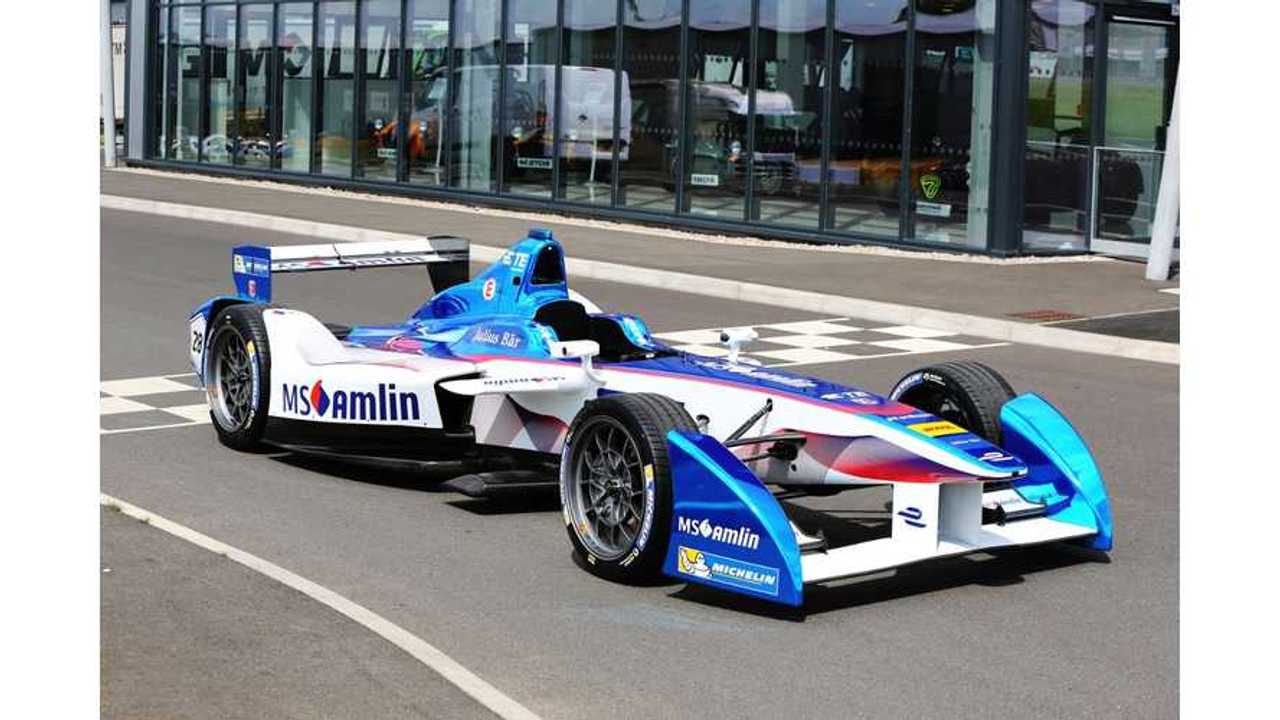 When the racing series debuted, all cars were equipped with the same McLaren P1 electric motor (a power density of 8 kW per kg) and battery packs were limited to 28 kWh net for the driving.

As of today, all the teams can become constructors, and thus develop their own powertrains - with one or double-motor designs, and a one to six-speed gearboxes. The batteries do have to remain the same across the all teams, which sounds like the fairest way to go to us.

An interesting point of competition, is the overall powertrain efficiency, as higher efficiencies allow use of cooling ducts to improve aero.

If you have the same energy limit from the pack and the same peak power limit, weight and efficiency are a major part of the constructor competition before any race gets underway.

Regulations for open development in Formula E are restricted to areas which could potentially solve problems in the world of electric mobility. For these reasons, the primary focus on development within Formula E surrounds the powertrain, rather than focusing on things like the brakes or chassis which aren’t as unique to the sport.

The powertrain consists of a battery pack rated at 28 kilo-watt hours, which sends power to the electric motor. For season one the vehicles used a single motor which was actually the same unit used in the McLaren P1. This motor had highest power density of any automotive electric motor at the time. Traditional motors deliver 2-3 kW of power per kg, while the P1 motor is closer to 8 kW per kg.

One or two motors can be used, though the power from both motors must move through a single limited slip differential to power the rear wheels. Torque vectoring is not allowed, nor is using an individual motor for each wheel, so at this time it’s not very beneficial to employ a two motor strategy due to the added weight.

Ultimately, the biggest focus on innovation within Formula E comes down to making things smaller, lighter, and more efficient, rather than purely focusing on outright speed. What’s unique about this is that it provides a testbed for innovation within the world of electric cars, hopefully spurring ideas that can improve what we’ll find on the road in years to come.

Regarding the relationship between Andretti Technologies and TE Connectivity, TE provides their own engineer dedicated to the team and traveling with them for each of the races. Matt Gould is the current engineer who’s fortunate enough to hold this position, and acts as the go-to guy for anything TE related on the vehicle, while in return gaining an incredible experience to work alongside such a prestigious automotive racing team, and providing feedback to TE on ways to continually improve the product line.

A huge thank you to TE for sponsoring this video!