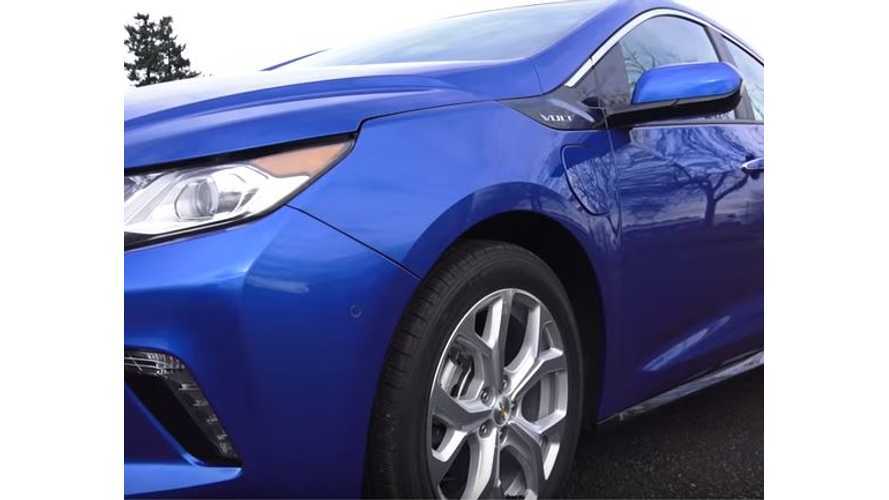 The Chevrolet Volt showed that it is still a force to be reckoned with in January, eclipsing all-time sales records for the month!

January is supposed to be the weakest and hardest month of the year in the US to sell plug-in vehicles.

Apparently someone forgot to tell that to GM and Toyota.

Despite still being production-limited from Japan, the new Toyota Prius Prime let it be known it would be competing for "Plug-In Sales Crown" For 2017 In America

Heading into the first month of 2017, the best result any one model had ever accomplish during January historically was 1,252 sales (achieved by the Nissan LEAF in 2014), but that changed in 2017 as two models bested the number...one by a lot, while a 3rd offering just missed the old benchmark.

Leading the way was GM's original plug-in vehicle, the Chevrolet Volt with 1,611 sales - a 62% improvement over 2016's result, and almost 30% better than the former January record holder.

Not to be outdone, two newcomers finished in 2nd and 3rd place:

Graph below: A look at the sales by model for each plug-in offering in the US (for a more details model-by-model look at the numbers, check out our full January sales recap here):

Other Statistical Points of Interest from January 2017

The Chevrolet Bolt EV sold almost 1,200 copies in its first full month of availability in January