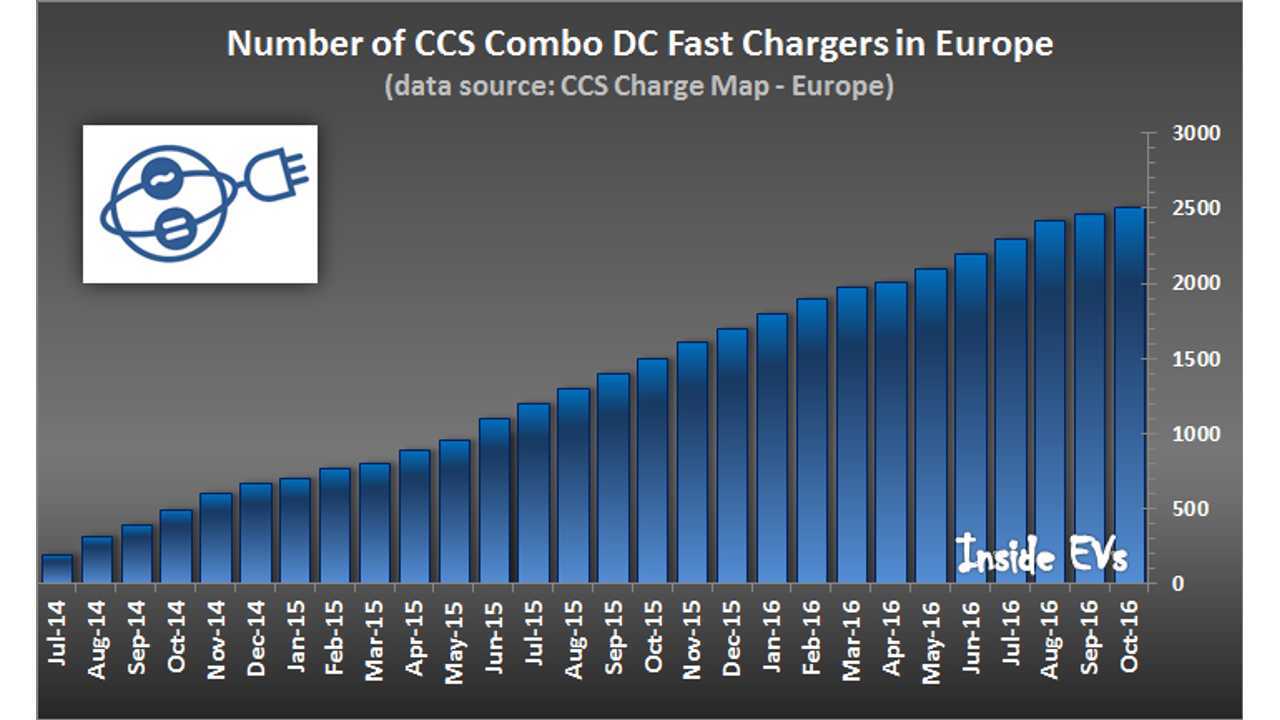 Over the past year, the number of CCS Combo-compatible DC chargers in Europe has increased from 1,500 to 2,500 units.

When as expressed as a percentage, the gains aren't at all that bad, but still could be better - which hopefully will become reality with the mass introduction of long-range, and CCS's ready, all-electric cars starting in 2017.

The CHAdeMO numbers now exceed 3,500, while most of CHAdeMOs are now double-head CCS units too.

On the country-by-country CCS adoption  list we find the UK and Germany together holding more than 40% of all the inestallations.