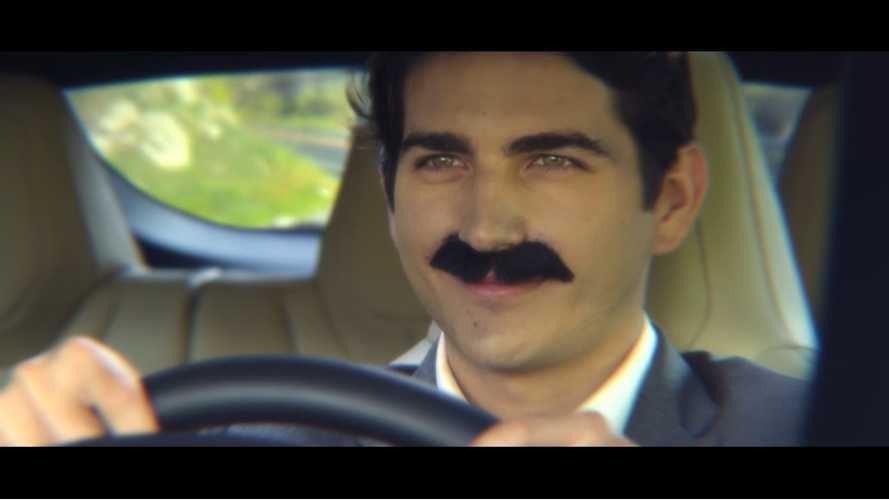 Tesla doesn't advertise in the traditional sense, and apparently has no plans to do so.

The company is unique enough, and gets a good deal of social network and press exposure, so it leaves its marketing to word of mouth.

This movie is outstanding in terms of production and concept. Who better than Nikola Tesla himself, driving a Tesla Model S?

If you didn't know it, you would think that this was professionally developed. The spot-on likeness of Nikola, the red Tesla, the seemingly freshly-paved winding road, the beautiful countryside. Nice!

Check out a few others below. There are a ton of spectacular fan-made Tesla ads out there. Share your favorites or recent Tesla Project Loveday submissions (is that allowed?...hmm) with us and we can post more: