More Than 6,000 Plug-Ins Sold In UK In September 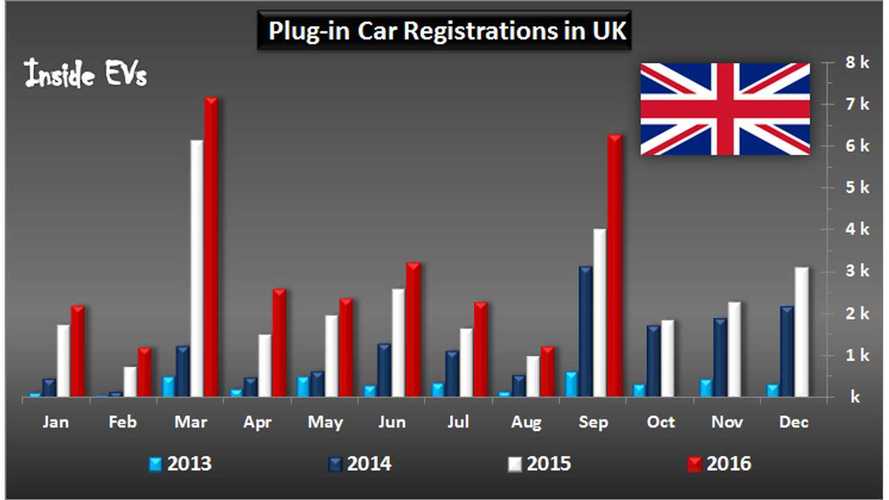 However, plug-in vehicles also noted a great month with 6,263 new registrations - the second best result ever, up 53% year-over-year.  The monthly result gave plug-ins a 1.3% market share for the month.

Another great achievement for the UK is crossing the mark of 75,000 plug-in cars on the road registered through the program all-time.  Of note/update (hat tip to EMC2):  We should also note that total plug-ins on the road number about 85,000 overall.