Daimler's New Fuso eCanter Electric Truck To Be Sold In US, Europe And Japan Next Year 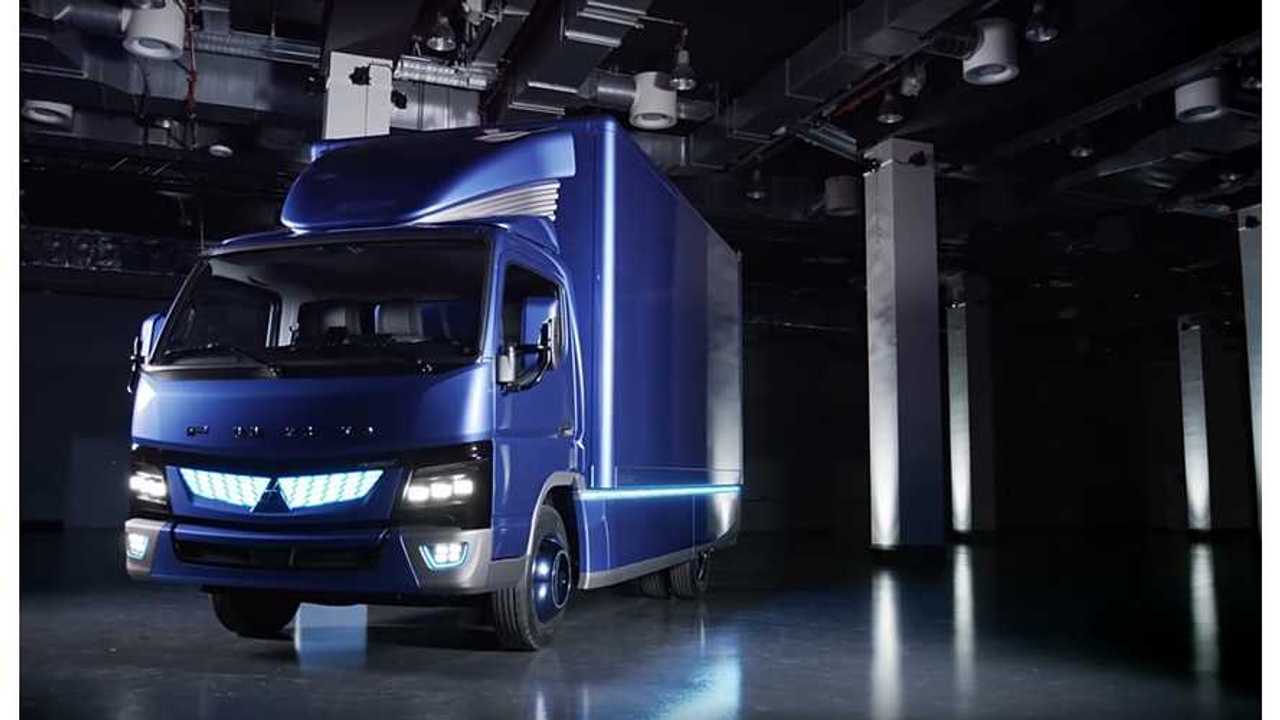 Daimler unveiled it all-new electric truck Fuso eCanter from the at the 2016 IAA Commercial Vehicles Show.

Most importantly, it's not a concept, and next year the company will launch small series production for customers in Europe, the USA and Japan.

For the Fuso specifically, it's actually the third generation of vehicle, but first which will enter market.

Charging comes up in about seven hours via normal AC charging, or up to 80% in 1 hour DC fast charging. In the future, Daimler intends to increase charging power to 170 kW DC, and thus be able to replenish energy in half the time.

On the Fuso eCanter:

"The vehicle being premiered at the IAA features a battery capacity of 70 kWh. Depending on the body, load and also usage, a range of more than 100 km without stationary recharging is possible. The batteries are spread over five units, one centrally in the frame right behind the cab and two more on each side of the frame. They are water-cooled lithium-ion batteries that feature a long service life, high efficiency, especially at high ambient temperatures, and also compact design of the battery units. Despite the weight of the battery pack, the Fuso eCanter nevertheless boasts an outstanding weight balance: the chassis load capacity of the 7.49-tonne vehicle is 4.63 t including the body and load.

Individual battery packs with three to six sets of batteries of 14 kWh each are planned for the upcoming small-scale production run. This allows the eCanter to be adapted to customer requirements with regards to range, price and weight. The concept is based on the experience that for some operators, payload is more important than range, while others are happy to sacrifice payload for longer range, i.e. more battery packs. Equally adaptable are the charging options: up to 80 percent capacity within an hour with direct current at a quick charging station, or 100 percent in seven hours with alternating current. In the future, rapid charging with 170 kW will also be possible in only half an hour, meaning 80 percent battery capacity. A standard Combo 2 plug (known as Combined Charging System) is used for charging.

The exhibition vehicle features a unique and attractive design, with LED headlamps and also a distinct grille and bumper, and a redesigned interior including a central, removable tablet. The wide comfort cab is painted in metallic blue, while the fully-clad sides are finished in anthracite grey with a blue LED strip. A walk-on glass floor in the exhibition vehicle's box body offers a view of the drive unit and the batteries.

The Fuso eCanter's locally zero-emission drive will not only reduce the impact of exhaust and noise emissions on city centres, but will also be an economically attractive alternative to diesel engines. Thanks to lower technology costs, the eCanter can be offered at a competitive price at market launch. Lower running costs compared with an equivalent diesel model mean that any additional expense can be repaid in around three years.

The results of a year-long fleet test with the second generation of the Fuso Canter E-Cell have shown that around €1000 per 10 000 km can be saved with this vehicle compared with a diesel version. Coupled with maintenance costs which are around 30 percent lower, this makes the Fuso an economical solution for customers. These vehicles have proven their suitability for daily use in short-radius distribution and urban transport.

Fuso is a leader in "green trucks"

Alongside Mercedes-Benz and Freightliner, Fuso is the third brand from Daimler Trucks. The company has its headquarters and largest plant in Kawasaki near Tokyo. The Fuso Canter for European markets is produced at the Tramagal plant in Portugal. Fuso is the leading manufacturer of "green" light-duty trucks and has over 40 years of experience as a developer of electric drives.