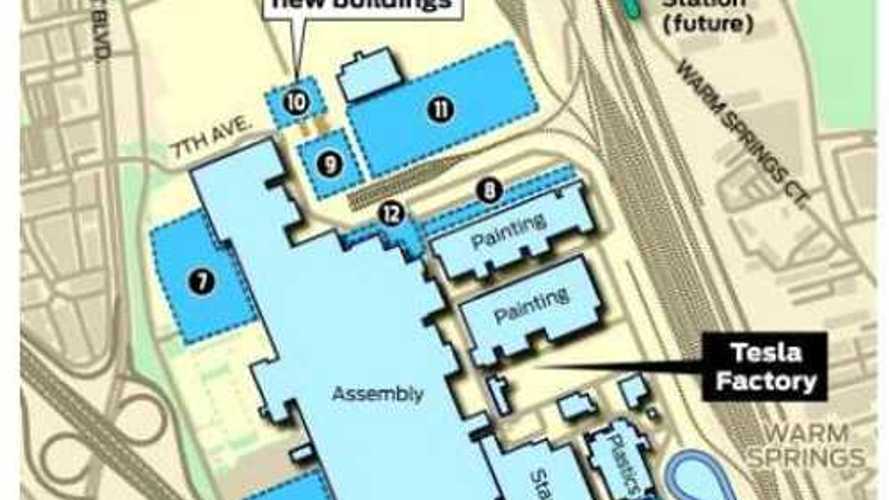 In city planning records, the Chronicle discovered lots of details linked to Tesla's future plans for the site.

We're not going to detract from the work done by David R. Baker of the SF Chronicle. As a business reporter for the site, Baker dug deep into Tesla's city filings and he truly deserves the credit here, so we'll simply present a bulleted rundown of his finding and suggest you read the article in full here for all the details.

Much of the expansion efforts would be to support expected high demand for the upcoming Tesla Model 3.

Tesla issued an emailed statement to the Chronicle regarding the automaker's expansion efforts:

“We are pleased to work with the City of Fremont on a plan that reaffirms our commitment to California and to eventually maximize the potential of our Fremont factory site, California continues to be the epicenter of Tesla’s manufacturing capabilities, and we are proud to be the state’s largest manufacturing employer.”

Once approved, the plans would have to be resubmitted with specifics regarding building size, use of buildings, costs, and so forth. At that point in time we'll likely find out more in regards to what Tesla actually plans to do with the various new buildings it hopes to add to its Fremont factory.