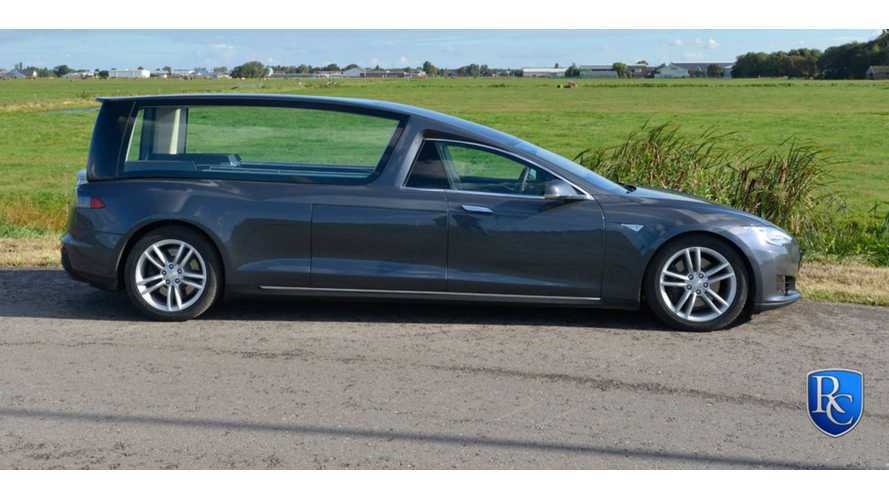 Recently, we shared an article about a Tesla Model S hearse that was to premier at the Funeral Exhibition in Gorinchem, Netherlands. It was commissioned by a Netherlands-based funeral home, and stretch limousine experts, RemetzCar, took on the task.

It is officially finished and ready for use. We added a video to the previous post, showing RemetzCar in the process of constructing the stretched vehicle.

Now, like all of RemetzCar's other accomplishments, the Model S is shown on the company's website. There are several excellent pictures of the car, inside and out.

As it's getting closer to Halloween, and this "supposed" creepy clown epidemic is upon us, we thought it might be fun to get another round of everyone's ghoulish comments. In response to the first round of comments ... yes, they did cut it in half, and yes they did remove the battery first! Check out that video.

Maybe next, we will see a Tesla Model X limousine. It won't bury the competition quite like the Model S hearse. Check out the brief video for a slideshow of the hearse, complete with some pretty exceptional music.