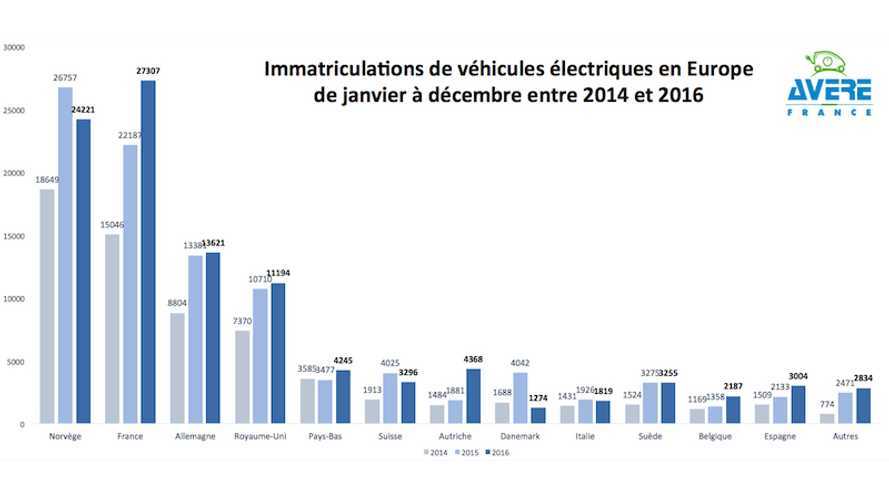 Europe ended 2016 just nudging past the 100,000 all-electric car sales sold mark for the year. According to Avere-France, new registrations of BEVs amounted to 102,625 units (which was about 5% more than the previous year).

The total all-electric fleet on European roads today stands at more than 340,000 vehicles; and with just a quick glance at the numbers (illustrated on the graph above), it is easy to spot the two countries that are doing the heavy lifting.

During 2016, Norway actually noted a nearly 10% decrease to 24,221, but mostly due to plug-in hybrids getting in on some incentive love for the country, and as a result - picking up more sales.

The tax changes for PHEVs in Norway also allowed France to become the largest market for BEVs with 27,307 registrations in 2016. We should still note that Norway is still far and away the market leader when it comes to market share.

Overall for the region, the best selling all-electric models where: Finishing in 4th, just off the podium, and counting only all-electric sales (and not the REx) was the BMW i3 (9,674).