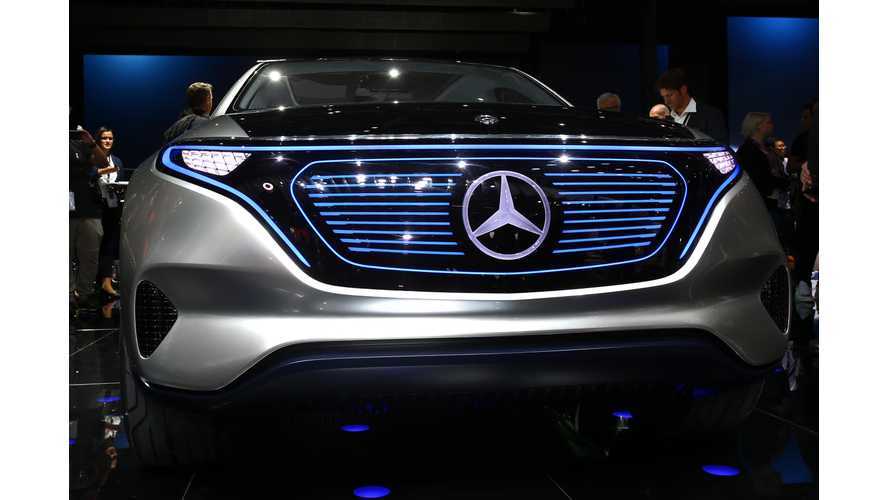 "The architecture is going to change fundamentally."

Mercedes-Benz' Generation EQ Concept marks the start of electric cars designed from the ground up by Mercedes.

"Wagener's job is to develop a design vocabulary for EQ that draws from Mercedes's lexicon -- think three-pointed star and trapezoidal grille -- but is distinctive enough for buyers to feel they are projecting their green credentials."

"The body of the Generation EQ forms a gentle arc from the front end (with an illuminated Mercedes star) to the hood, windshield, and roof before dropping sharply to the rear tailgate, which sports a red light bar across the car's entire width. The vehicle has no door handles -- the doors open automatically when you wave your hand over a sensor."

Inside the Mercedes-Benz Generation EQ

"Electric cars started out with a bit of an eco-friendly, responsible tag."

Generation EQ doesn't follow the old mold. Instead, Wagener says EQ oozes luxury and style and that it's designed to be electric and eventually even fully autonomous:

"The wheels can be further apart. They have to be, because in a crash the only safe place for the batteries is between the wheels."

"We're moving toward designing lounges on wheels. But one that I can still drive when I want to."

The electric car certainly does open up new design possibilities and it'll be interesting to see where automakers take design in the future. The EQ is rather conventional in it styling, but future M-B electric cars may look entirely different.