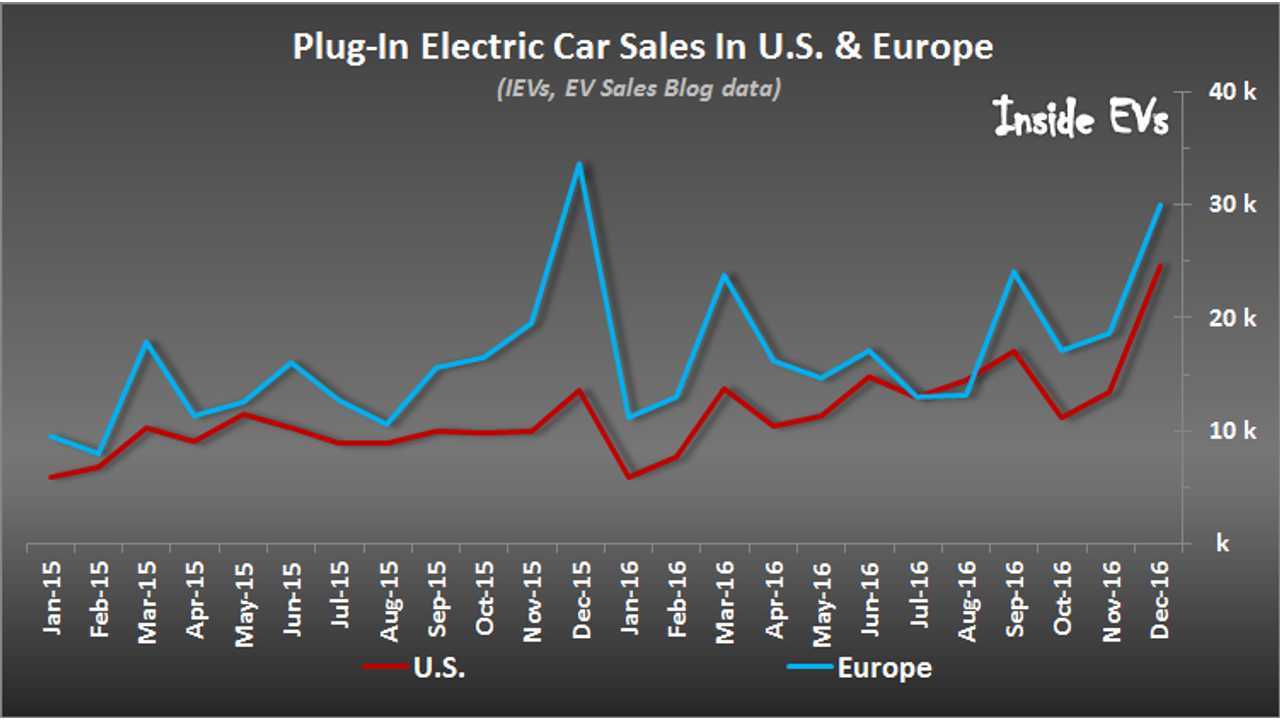 Europe ended 2016 with about 30,000 new plug-in electric cars sold in December, a result that was second best ever, but curiously also 11% lower than year ago, when some serious year-ending incentives caused a major rush.

Total sales in Europe amounted about to 221,600 last year.

The best selling model was Renault ZOE (21,735), which not only beat all the other all-electric cars, but also best selling plug-in hybrid Mitsubishi Outlander PHEV (21,318).

The Nissan LEAF was third overall, logging its own  record result of 18,827 sales, despite offering nothing new (like a generational upgrade) outside the 30 kWh battery pack.

The Renault ZOE also set its best monthly result in December with 2,867. The new 41 kWh battery's arrival gave a big pop to the model, and will continue to do so in 2017 as the offering spreads further than just France.

Comparing Europe with U.S., it turns out that Europe is still out in front, but the volume advantage has certainly been shrinking of late.  We anticipate near-parity during 2017, as the near-North America specific Chevrolet Bolt EV moves the needle in the US, while any Model 3 EVs that Tesla does deliver in 2017 are also sure to be US-based.