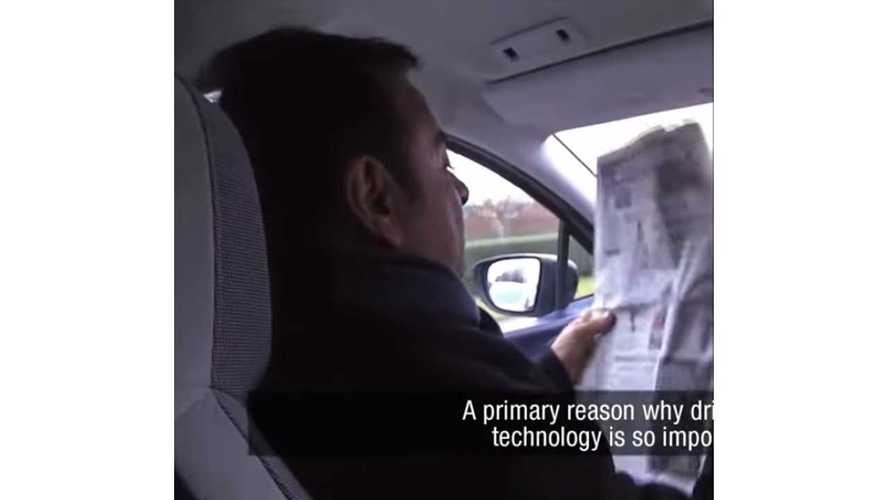 Renault, which first presented its ZOE-based autonomous prototype NEXT TWO in 2013 (see CEO Carlos Ghosn test drive above), is now gearing-up for tests in China.

A fleet of "self-driving" ZOEs are be tested in city of Wuhan in November to demonstrate the technology.

Renault is second European automaker after Volvo, to announce they will be deeping R&D testing for autonomous cars in China - perhaps indicating a feeling the country will be more open to the tech's advancement and adoption there.

"The test drive will be carried out on a 2 kilometer-long section of a lakeside road in Wuhan's Caidian district, according to Dongfeng Renault Automobile Co., Renault's joint venture."

In 2014, Renault established a joint venture Dongfeng Renault Automobile Co., yet with Dongfeng on board, sales have yet to pick-up as the first eight months of the year resulted in only a 0.1% of market share (11,398 sales), with the ultimate goal of 3.5%