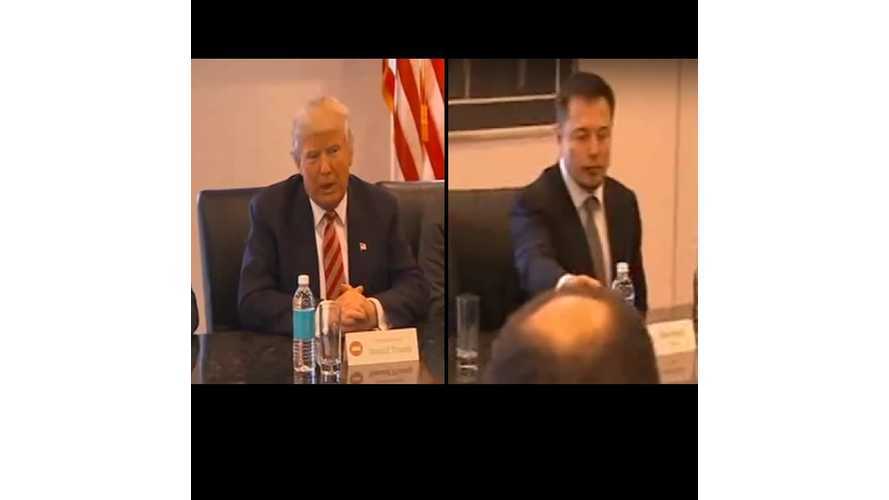 Whether or not the new administration supports solar power, it's very inexpensive, and employs 43 percent of all workers involved in electric power generation. This equates to 374,000 U.S. jobs, compared to 86,000 coal workers.

“There is no way to quantify the value (if any) of Tesla management’s advisory relationship with the new administration."

However, Jonas is willing to see and acknowledge the correlation:

“When you look at the businesses Tesla is in, you see many areas of overlapping interest. To the extent the new administration prioritizes the creation of valuable, innovative high tech and manufacturing jobs, Tesla stands at the epicenter of that.”

Tesla is one of few automakers left that makes "U.S. made" vehicles. According to Cars.com, as of 2016, there were eight passenger vehicles still made "fully" in America. There were only 30 in 2010. Tesla plans to make a half million cars per year, beginning in 2018, and all of those vehicles should qualify.

We can't forget that Elon Musk is also the CEO of SpaceX. Space exploration is very near and dear to Trump and his administration. Not to mention that Tesla is now also a substantial solar energy company. Whether or not the new administration supports solar power, it is very inexpensive, and employs 43 percent of all workers involved in electric power generation. This equates to 374,000 U.S. jobs, compared to 86,000 coal workers.

Tesla's battery storage situation is about just as compelling. Musk vows to mix utility power generation with local power generation. This is just another way that the history-making American company hopes to create a win-win situation of reciprocation with the likes of the new Secretary of State, former ExxonMobil boss Rex Tillerson, and Trump's administration. Tillerson is actually supportive of a carbon tax, another of Musk's "babies."

Musk and Trump both enjoy being in the spotlight. They have grand ideas and they act swiftly. Both want to "Make America Great Again." Although the way they intend to go about it can be seen as drastically different, if played correctly on both sides, some advantageous strides could be made sooner, rather than later. It will surely be a give and take, but if Musk wants to "get things done," Trump is literally the man to do it.

Taking all of this into consideration, Jonas chooses to remain bullish on the newfound Musk-Trump alliance.