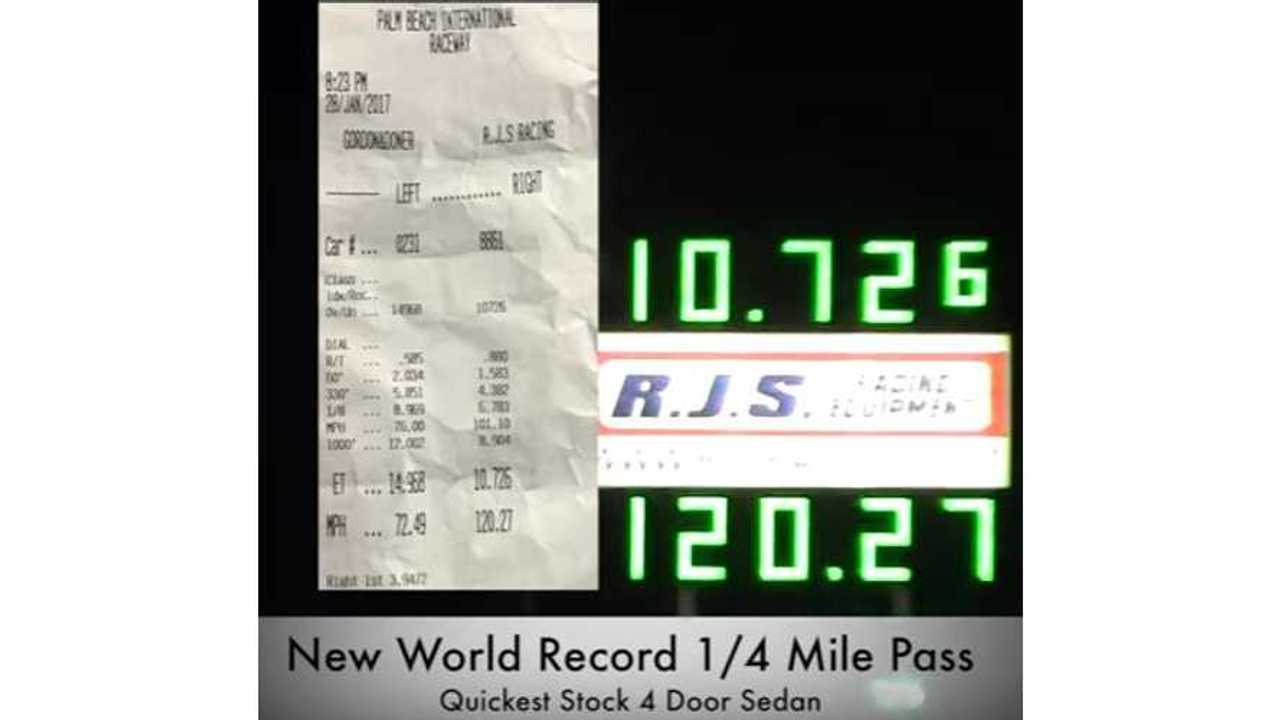 The folks over at DragTimes laid down the record-setting run at Palm Beach International Raceway.

We've seen multiple 0 to 60 MPH passes now with Ludicrous + engaged on the Model S, but this DragTimes run appears to be the first fully documented 1/4-miler and the time of 10.72 seconds firmly puts the Model S into 10-second car territory (a vehicle that covers the 1/4-mile in less than 11 seconds, but over 10 seconds).