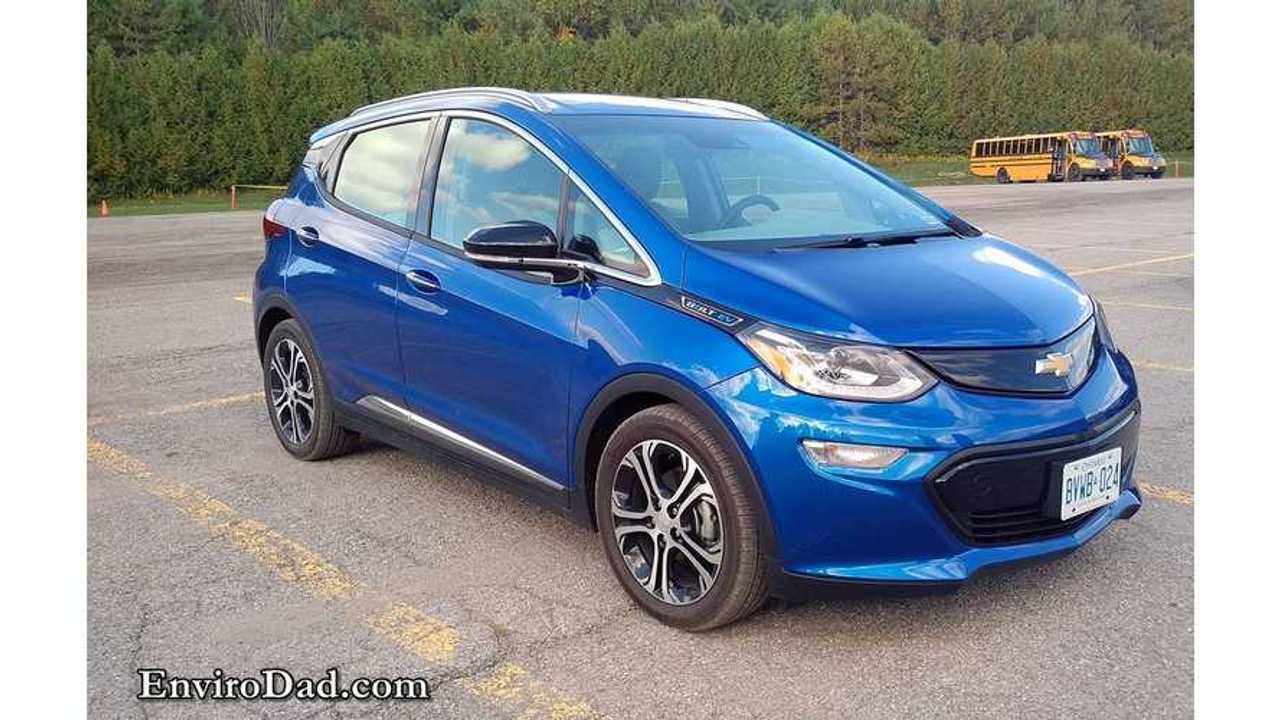 Erik Novak, AKA Enviro_Dad on Twitter, passed along these two images to us of a pre-production 2017 Chevrolet Bolt spotted in Canada.

In blue, the Bolt certainly pops. This particular color is likely called Kinetic Blue, that is, if this pre-production version is wearing one of the Bolt's 8 exterior color options.

The Bolt is expected to go on sale in Canada in early 2017 and it's priced very competitively, so we expect sales there to be rather high.