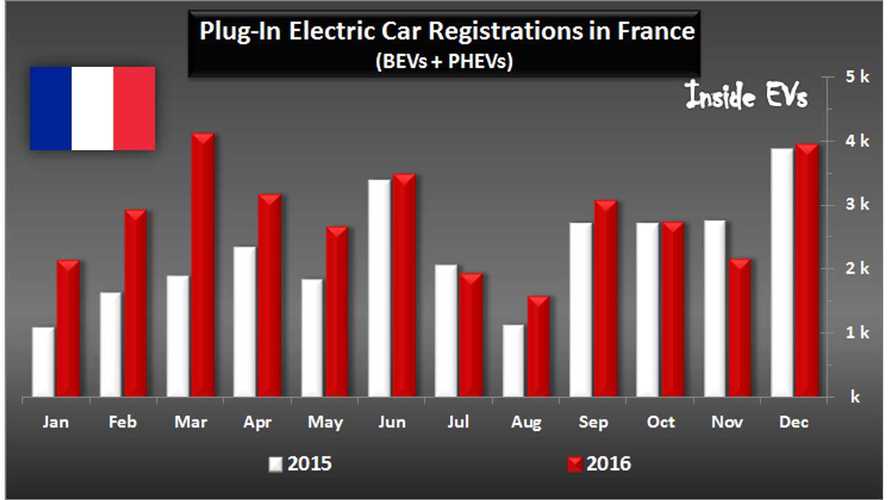 France noted its second best month ever for plug-in sales in December, registering 3,926 vehicles.  Especially elevated during the month was sales of all-electric vehicles (BEVs), which at 2,819 (up 27%) was a new all-time record.

The overall EV market share stood at 1.45%, and the country also set an annual record for net sales at 21,751 total vehicles purchased, which was up 26%.

Great December and 2016 results are mostly from the merits of the Renault ZOE, which hit its own record of 1,909 and 11,404 respectively.

With deliveries of Z.E. 40 now underway we expect an even better 2017.

Here is the list of registrations of passenger BEVs, commercial BEVs and passenger PHEVs: