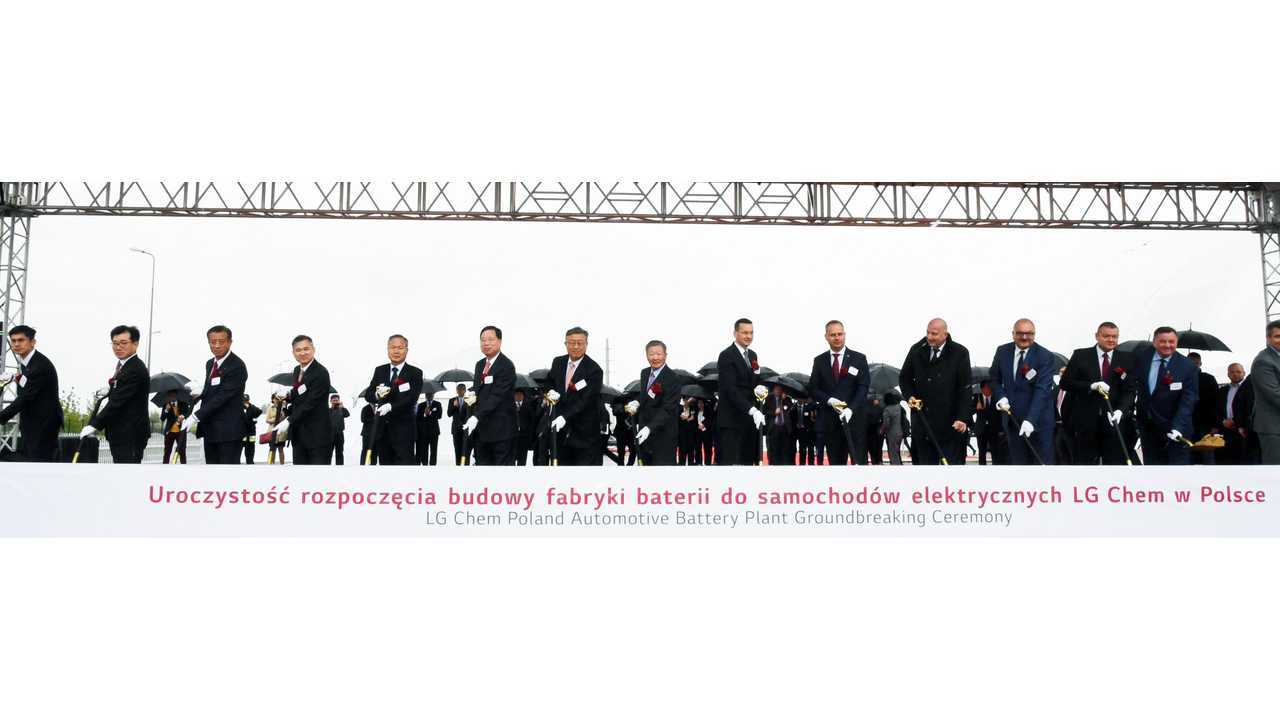 LG Chem Starts Construction of an Electric Vehicle Battery Plant in Poland...apparently workers will all be required to wear three piece suits

LG Chem has officially begun construction of its European battery factory in Poland, and will invest some $360 million into the facility by the end of 2018.

It will be fourth, and largest LG Chem manufacturing factory, with capacity for 100,000 batteries annually (cells, modules and packs) - capable of propelling an EV (on average) for about 200 miles (320 km).

Production is expected to start in second half of 2017.

"LG Chem will build an EV battery plant inside the LG cluster located in Kobierzyce Commune near Wroclaw in southwestern Poland. The plant has a size of 41,300 ㎡ and aims to start production in the 2nd half of 2017.

LG Chem will invest approximately 400 billion KRW in the plant by the end of 2018. When the investment is complete, the plant will have the production capacity that can provide more than 100,000 batteries per year for pure high-performance EVs that can run up to 320 km once charged. The plant is the first large-scale lithium-ion battery plant for automotive application in Europe.

To respond to the requests of local customers quickly, the company will build a fully integrated production system that produces all battery components from electrodes to cells, modules, and packs for the first time in Europe.

By building an EV battery plant in Poland, LG Chem can reduce logistics cost, supply products to carmakers in a timely manner, and enhance strategic partnership with local clients. Once the Poland plant is built, LG Chem will have established a global production system of four internationally located plants, which are the largest in the industry. The production system will be composed of the Ochang plant in South Korea, Holland plant in the United States, Nanjing plant in China, and Wroclaw plant in Poland, securing the production capacity of more than 280,000 batteries for pure high-performance EVs.

LG Chem is the only company in the world that has established production plants in the United States, China, and Europe, which occupy about 90% of the global pure EV market, establishing a foothold to become a global market leader.