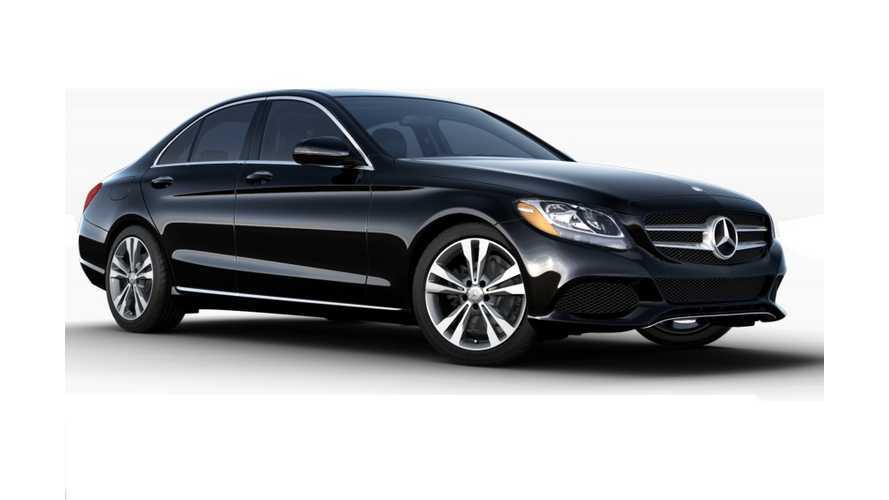 As it turns out, it was the first time a Mercedes-Benz has ever been featured in the long run show on plug-in vehicles.

The show's host, Robert Llewellyn laments the fact that Mercedes PR people have never responded to request from the show to supply cars for review, but in this case an owner of a new 2017 edition (Phil) has volunteered the car to be test driven.

"The Mercedes C350e plug in hybrid. A very swish car, amazing technology plus an amatuer driver and car reviewer in one neat package."

Interesting, the C 350 e has been priced rather aggressively in the US from $45,490, which after federal rebate makes it one of the cheapest C-Class cars.

Unfortunately, the car that was originally scheduled to arrive in America for the Fall of 2015, was delayed to the Spring of 2016, then Summer 2016...and you get the point.

In a "not looking good for the short term" moment, and despite dealers listing the car as coming, Mercedes USA's website listing for the C350e is now showing a error message.

We assume this means the car won't be arriving for the US in 2016 now.