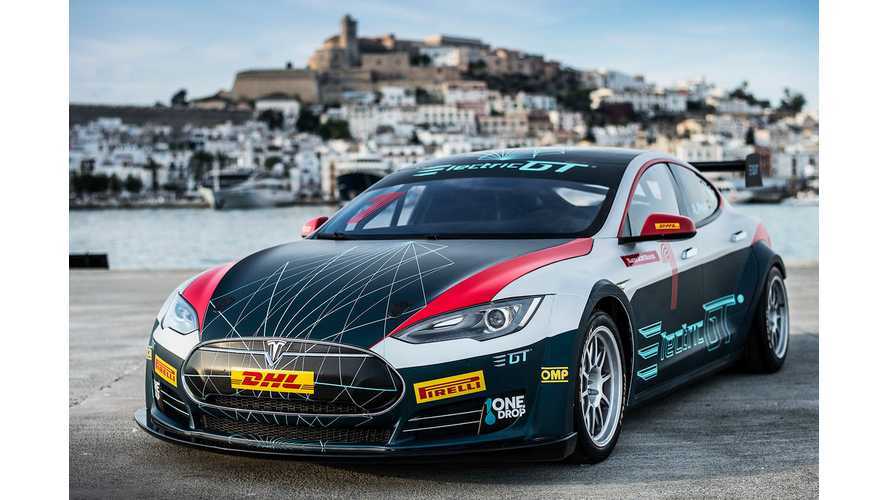 The Electric GT Championship has begun announcing drivers for its racing series, and the first from NA will be Leilani Münter - who is widley known for her environmental initiatives, love of all things Tesla, and racing background (currently driving in the ARCA racing series).

Check out Leilani's promotional video on joining the series here.

There is also some new information that was released about the series format itself:

"Combining a sustainable ethos with entertaining racing in the fastest road-going electric vehicle on the market today, the Tesla Model S, the Electric GT Championship is an attractive proposition for professional drivers looking to make the next step in their careers and contribute their expertise to spreading awareness of our generation’s environmental responsibility.

A graduate of biology from the University of California and well-known environmental campaigner, Leilani Münter (@LeilaniMunter) is a natural fit with the values of the EGT championship. A regular in the high-speed ARCA stock car series, which races at iconic venues including the Daytona International Speedway and Talladega Superspeedway, Münter has given publicity to important environmental causes through her passion for racing and uses a Tesla as her everyday road car. Münter was also featured alongside Tesla CEO Elon Musk in the Emmy-nominated film Racing Extinction, in which she drives a highly modified Tesla Model S. The American joins Priria in becoming the second female e-driver in the championship and the first to hail from the Americas.

27-year-old Dani Clos (@daniclos) will bring a touch of Iberian class to the EGT championship on his return to competition. The former Williams F1 and HRT test pilot is a proven winner in GP2, finishing fourth overall in 2010 behind three drivers who would all advance to Formula 1. Clos has since gone on to become a mentor in the GT Academy ‘gamers to racers’ programme and is the star of his own YouTube series."

“We are delighted to welcome Leilani and Dani into our EGT Drivers Club for the beginning of our revolutionary championship. Both enjoy a substantial profile on social media, which is crucial for projecting the values of our series to a modern audience, but most importantly they have talent in spades and we are sure they will have the chance to showcase that aboard our Tesla Model S EGT.”

"I know Dani very well and every team owner should know he is perfectly capable of winning the first electric GT championship. I haven't met Leilani yet but I look forward to working with her. It is fantastic to have Dani and Leilani with us for the start of the Age of Light and our new journey into the future of electric-powered motorsport."