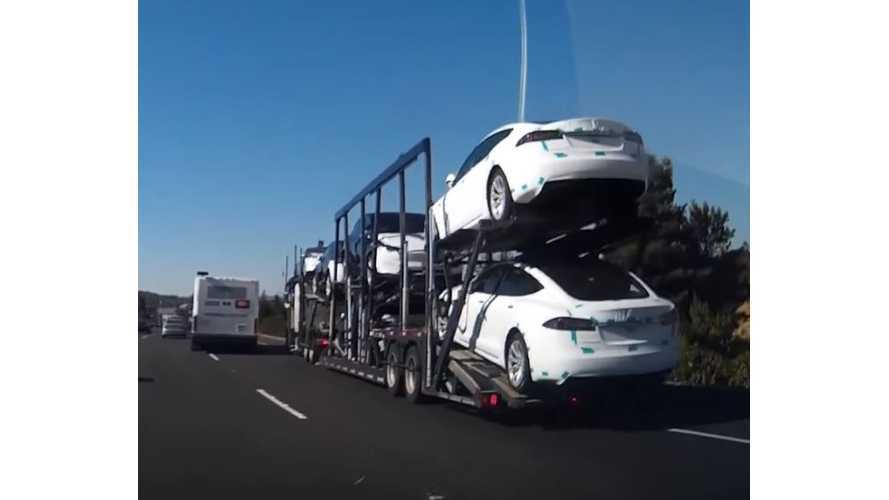 As you can see in the video, the car hauler, stocked with Tesla vehicles, has to leave the road and drive on the shoulder, almost grazing the concrete dividers.

After the driver of the County Connection commuter bus quickly crossed three lanes of traffic, it moved directly into the right lane, with the car hauler in the blind spot. Fortunately, the driver of the transporter was paying close attention and was able to react and avoid a catastrophe.

One would hope that a truck carrying a mix of six Tesla Model X SUVs and Model S sedans, would be on the ball. The products on the truck would easily clear the half million dollar mark, and would be devastating to replace.

A driver of a Nissan Altima caught the footage on a dashcam. It seems more and more people are employing dashcams for various reasons, and fortunately, we end up with footage like this. Accidents caused by human error, such as this, don't get much attention these days, because people's mistakes and bad choices account for nearly every accident.

Due to the quick lane switching by the bus, and the large blind spot, it's clear that the driver did not notice the large hauler. This is a case where sensors, such as simple blind spot monitors, could have alerted the driver, or autonomous technology may have been able to keep the bus in its lane, sensing that there was an obstruction present.

Tesla CEO Elon Musk hopes that one day, trucks and buses such as these, will have safe, autonomous technology.