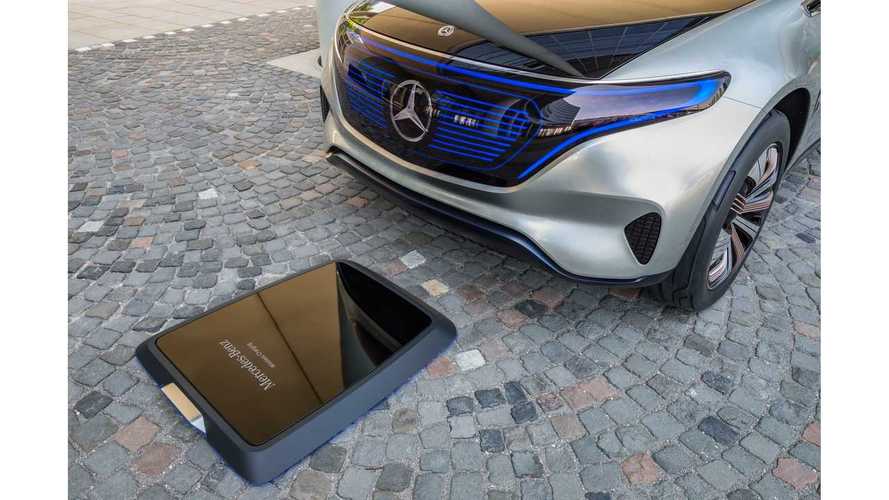 A recent Automotive News article spreads the notion that wireless charging for EVs is necessary for broad adoption of not only the tech, but for autonomous vehicles.

Indeed, wireless charging is really good solution that just makes sense for autonomous cars, as they can obviously more easily feed themselves energy, while in other cases it's simply more convenient.

Another positive for wireless charging is of course the security/vandalism aspect, with no cord/equipment to be lost.

The drawback of wireless charging system is a much higher price and a lower charging efficiency.  And as of today, there is also no commercial availability for fast charging EVs publicly without using a plug (50 kW+), so we consider wireless capability mostly for normal "level 2" applications.

However, the largest potential problem with AutoNews' assertion that wireless is needed for broad EV adoption, is the fact that the timing for the tech's maturity doesn't seem likely before current forecasts in place already for wider public plug-in acceptance. So while wireless charging seems like a natural extension of plug-in vehicles, and will certainly help adoption, we don't find it a "make it, or break it" feature.

The 2017 Mercedes-Benz S500e (or S550e in the US) plug-in hybrid will be first to provide OEM-supplied wireless functionality as an option when it arrives early next year.

As of today, Evatran offers its Plugless system for Nissan LEAF, Chevrolet Volt and some Tesla models, with an eye for wider adoption in the future.

"Every carmaker, and I say that meaning every carmaker, has an active program at some stage of maturity to introduce vehicles with wireless charging. Other carmakers include Nissan, Honda, Toyota, Ford, just to name a few."

"Automakers know the key to increased EV sales is to improve the charging or fueling experience. They want to get inductive charging into the market as fast as possible."

"Home units will be priced on par with plug-in charging equipment. If you're going to buy a home charger that's inductive, you're going to be paying less than $1,500 for an 11-kilowatt charger."

The big missing part for wireless charging commercialization is a standard.