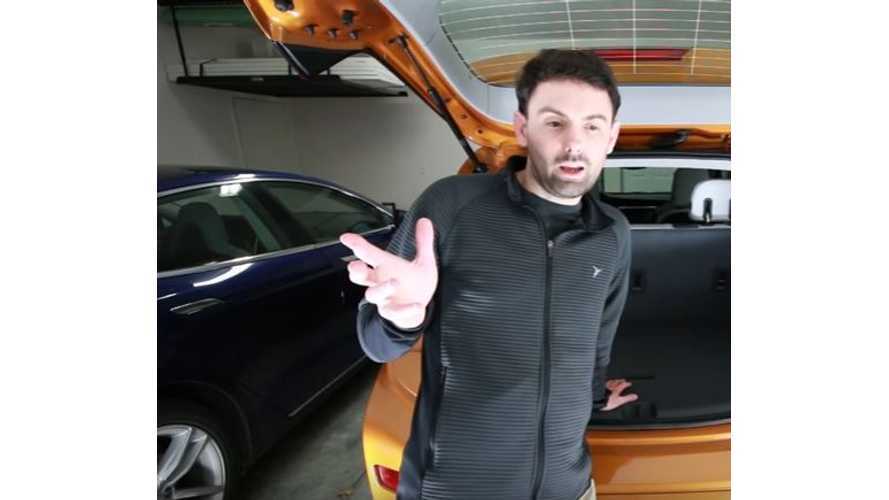 Perhaps the longest "review" video of the Chevrolet Bolt to hit YouTube comes to us via a Tesla owner - Alex Venz, who, believe it or not, absolutely loves the Bolt and even goes so far as the call its one of the best products General Motors has made in decades, alongside the Chevrolet Corvette, of course.

"Fair warning; this video is long, but I don't think it's possible to adequately cover a car like this in 5 minutes. If you have any questions about the Chevy Bolt EV or the Model S, please leave them in the comments and I'll do my best to get an answer to you quickly."

"This is not a sponsored video--I did not receive compensation from GM/Chevy or any of their franchise dealerships. The Bolt was obtained as part of a 24 hour test drive so that my wife and I could gather information about our other automotive options ahead of the Model 3 launch."

At around 27 minutes into the video, the tone changes from showing features of the Bolt to answering questions about the Bolt. Some comparisons are even made between the Bolt and the Tesla Model S, which this reviewer happens to own.

"The Bolt EV, as well as the latest incarnation of the Corvette, is probably one of the best products that GM has brought to market in decades. I feel like they mostly played to their strengths with the Bolt and that worked to their advantage when it came to execution. That said, the Bolt isn't perfect (no car is) and there are some use case limitations given the current state of CCS infrastructure in the US. Mary Barra's statements about not making any meaningful investment in infrastructure for the foreseeable future are somewhat concerning."

"Nevertheless, I think that the Bolt will do a lot to shape positive public perception of EVs and bring a lot more people into the EV fold. Even with the Model 3 looming, the Bolt is important because, to a lot of buyers, the potential purchase won't be viewed as carrying the same level of risk as something like a Model 3 (young company, lack of service infrastructure, low parts availability, lots of legislative battles ahead of it, etc.)."

That's been the unanimous view from most every Bolt test drive/review we've seen to date.