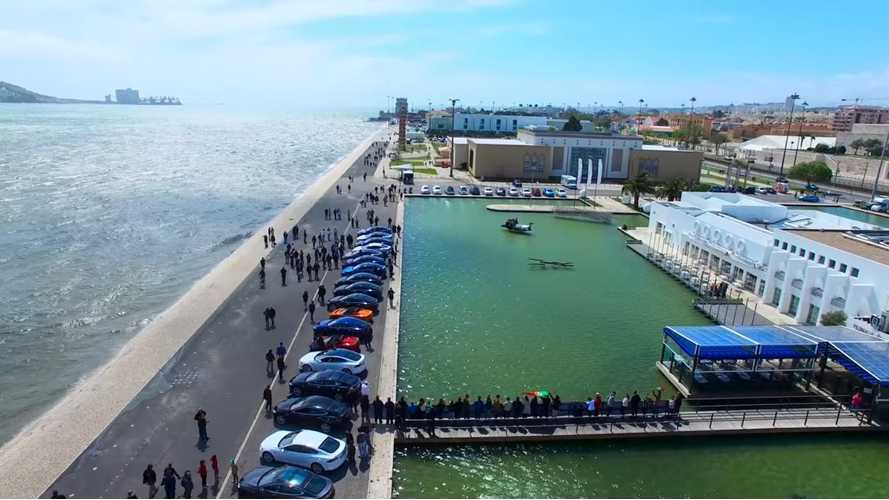 Less than a year ago, a group of Tesla owners in Portugal created a video message to Tesla CEO Elon Musk, asking for him to bring Tesla to the country. Musk Tweeted a simple "OK" back to the group, confirming that Tesla would make it so.

Now, the citizens of Portugal can officially order Tesla Model S & X vehicles. The group of current owners had to have their cars imported and deal with the fact that there were no service centers nearby. At the time of the video, 1,400 Portugal residents also had Model 3 reservations. This number is sure to be much greater now.

Sales reps are housed in Lisbon at the moment, and Tesla has definitive plans to follow through with a store and service center in the near future. In the past, would-be Tesla owners in Portugal needed to plan the ~750 mile trek to France to get their cars, as did those that needed service. Getting those cars back to Portugal was surely a chore, as they had to travel through Spain, with very little access to Superchargers.

Tesla has plans to begin moving forward with the Destination Charging Program in Portugal as a number one priority. According to the recent press release, residents can expect to see work on this in the coming weeks. Following this, sometime in the second quarter, Tesla Model S & X deliveries will begin. Supercharger expansion is currently underway in Spain and will continue into Portugal later in the year.

The citizens of the United Arab Emirates (including Dubai and Abu Dahbi) followed Portugal's lead and created their own similar video for Elon. Tesla is indefinitely expanding, and word has it that the UAE is on the upcoming list as well. Maybe every country just needs to make a video!